Kim Kardashian West has been named as the Queen of the Tabloids, after featuring on 34 of the United States' tabloid magazines covers in 2014. 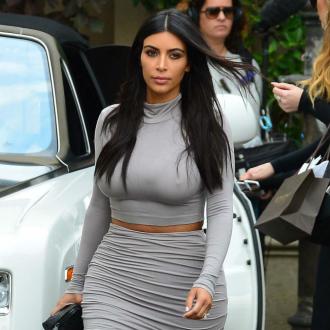 Kim Kardashian West was 2014's Queen of the Tabloids.

The 'Keeping Up With The Kardashians' star topped Vanity Fair magazine's Tournament of Covers list, after being featured on 34 covers of the United States' tabloid magazines.

The 34-year-old television personality also appeared high up in a poll which listed the worst celebrity neighbours.

Kim and her husband, Kanye West, received 22% per cent of the vote, slightly behind Justin Bieber in a survey conducted by Zillow, an online real estate database.

The company's chief marketing officer, Amy Bohutinsky said: ''From his frequent run-ins with the law to his over-the-top house parties, Justin Bieber has earned himself quite a bad-boy reputation that only continued to build in 2014.

''No one wants to live on the same street as someone accused of reckless driving or egging neighbouring homes, which is likely why Bieber received the highest percentage of 'worst' votes in survey history.''