Kim Kardashian West says the whole family support Caitlyn Jenner and love her ''no matter what''. 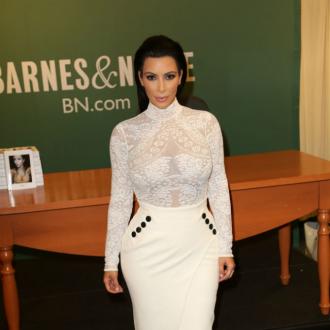 The stepdaughter of the 'Keeping Up With The Kardashians' star says the whole Kardashian and Jenner family love the former Olympian - who was known as Bruce Jenner before transitioning into a woman - ''no matter what'' but also admitted more support is needed for those in the transgender community.

She told Glamour magazine: ''No matter what, we love [Caitlyn]. I know [she] feels great that [her] whole family does support [her].

''I feel for people that don't have that support. There's such a high suicide rate in the transgender community, which is heartbreaking.''

Kim also tweeted her support for the 65-year-old star, posting the message alongside a picture of Caitlyn on the cover of Vanity Fair magazine, her first photo shoot as a woman.

She wrote: ''Caitlyn Jenner for Vanity Fair. Annie Leibovitz! How beautiful! Be happy, be proud, live life YOUR way! (sic)''

She said: ''We were given this life because you were strong enough to live it! I couldn't be prouder!!! Caitlyn, You are beautiful!!! (sic)''