Kim Kardashian West has reportedly banned sugar from her daughter North West's diet and has created a list of ''forbidden foods'' for the 16-month-old toddler. 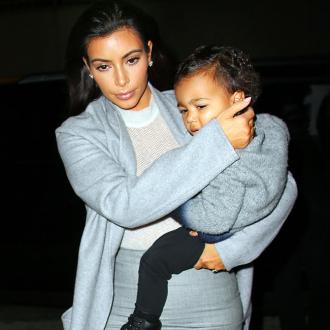 The 'Keeping Up with the Kardashians' star, who is married to rapper Kanye West, is said to have created a list of ''forbidden foods'' for their 16-month-old toddler, North, and has worked out a daily organic menu with a chef.

A source said: ''Sugar is at the top of Kim's list of forbidden foods. She thinks dessert is just a recipe for disaster.

''Kim's not trying to slim her toddler down, just keep her healthy. But poor North never gets any treats, which upsets her when she's hanging out with other little kids whose parents let them eat what they want.''

The 34-year-old beauty has also cut out processed food entirely from North's diet and Kanye, 37, allegedly thinks she is being a little extreme.

But the insider told the US edition of OK! magazine: ''He doesn't want Nori to grow up struggling with her weight.''

Kim recently revealed she is determined to get her own sweet tooth under control.

Last month, she wrote on Twitter: ''Whats the name of that documentary about sugar? I have such a sweet tooth but I know I have to watch this and make some changes''