Kim Kardashian wants to be healthy

Kim Kardashian wants to be healthy during her pregnancy and claims she hasn't had any cravings, morning sickness or fatigue 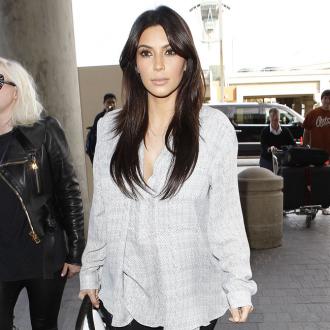 Kim Kardashian is trying to be as healthy as possible during her pregnancy.

The reality TV star - who is expecting her first child in early July with her rapper boyfriend Kanye West - claims she has had no morning sickness, cravings or fatigue and that her pregnancy has been relatively easy so far.

She told DuJour magazine: ''I used to always say I can't wait to get pregnant because I will just eat whatever I want, but it's completely different. I'm like, OK, I want to eat as healthy as possible.''

The 32-year-old 'Kourtney & Kim Take Miami' star has only had occasional cravings for Diet Coke but isn't worried about indulging.

She said: ''Lately I've been watching shows like 'I'm Pregnant And Addicted To Meth'. It definitely makes me feel better if I'm wanting one sip of Diet Coke or, you know, too much sugar.''

The brunette beauty also revealed her Kanye, 35, has helped her become more private and hinted that she may be ready to retire from reality TV.

She said: ''I'm ready to be a little less open about some things, like my relationships. I'm realising everyone doesn't need to know everything. I'm shifting my priorities. When you live your life so publicly, like on a reality show, people assume that they know every side of you already. But they always want more.

''Doing a TV show with your family, it's really hard to hide or be guarded.''

Kim has already confirmed she will not allow her baby to appear on TV and also turned down $3 million for the first picture of the tot from a magazine.