Kim Kardashian wants to be a ''full-time wife'' to her boyfriend Kanye West when their baby is born and is reportedly planning to quit 'Keeping Up with the Kardashians' to focus on her family. 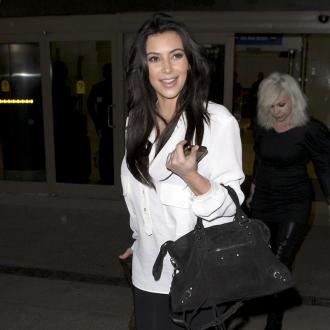 The 32-year-old star is currently expecting her first child with her boyfriend Kanye West and is reportedly considering quitting her reality TV show 'Keeping Up with the Kardashians' to focus on her family.

The couple are even considering relocating to Paris to escape the fame game in the US.

A source revealed to the new issue of heat magazine: ''Kim saying that her baby is not going to appear on TV is already a big statement to [her mother] Kris that Kim's done with the show.

In a recent episode of spin-off series 'Kourtney & Kim Take Miami' - in which she stars with her sister - Kim called her family a ''second priority'' and ''back-up'' to Kanye, 35, which suggests the raven-haired beauty is serious about leaving the world of reality TV behind her and putting herself first.

The source added: ''Kim is laying out the groundwork for quitting the show and her mum Kris knows it. Kim wants off the reality train and Kanye is behind her.

''She feels like she's led her entire family to success and has worked tirelessly to make it happen ... Now she wants to concentrate on her own brand and be Kanye's loyal partner.''