Yesterday Kim Kardashian shared a throwback naked selfie and attempted to break the internet once again. But not everyone was so happy to see another naked Kim photo and the 35-year old found herself being criticised by Bette Midler, Chloe Grace Moretz and Piers Morgan. But this time, Kim fought back. 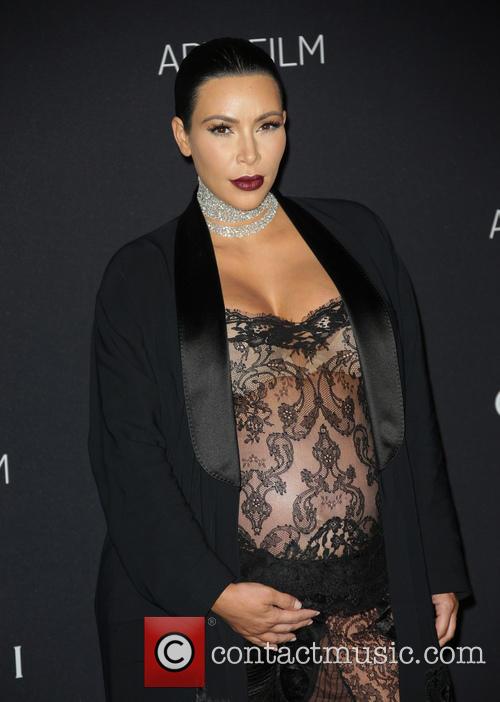 Kim Kardashian has hit out at her critics on twitter

Hours after posting the censored naked selfie, which showed her posing nude in front of a mirror last year, Kim tweeted, ‘Reading my comments like….LOL’. The reality star then added: ’Sorry I'm late to the party guys I was busy cashing my 80 million video game check & transferring 53 million into our joint account.’

More: Is Kim Kardashian's Naked Photo Everything It Seems?

Kim then took on some of her most famous critics, starting with Piers Morgan who had tweeted: ‘I know the old man's $50 million in debt, Kim - but this is absurd. Want me to buy you some clothes?’

‘Hey @piersmorgan never offer to buy a married woman clothes. thats on some ashley madison type shit #forresearch,’ Kim fired back. Next on her hit list was Bette Midler, who had said: ‘Kim Kardashian tweeted a nude selfie today. If Kim wants us to see a part of her we've never seen, she's gonna have to swallow the camera.’

Kim didn’t hold back when she responded to the 70-year-old star, telling her: ‘Hey @BetteMidler I know it's past your bedtime but if you're still up and reading this send nudes #justkidding…I really didn't want to bring up how you sent me a gift awhile back trying to be a fake friend then come at me #dejavu.’

But Kim might have hit her shade throwing peak, when she took on actress Chloë Grace Moretz. ‘Let's all welcome @ChloeGMoretz to twitter, since no one knows who she is. your nylon cover is cute boo,’ Kim tweeted.

let's all welcome @ChloeGMoretz to twitter, since no one knows who she is. your nylon cover is cute boo

In response to Kim’s nude selfie Moretz had written: ‘@KimKardashian I truly hope you realize how important setting goals are for young women, teaching them we have so much more to offer than just our bodies.’

The 19 year-old had later clarified her comments by adding: ‘There's a huge difference in respecting the platform that you're given as a celebrity and "slut shaming" something I never have done and would never do’. Kim ended her twitter tirade by posting a ‘sipping tea’ emoji and another throwback nude pic with the hashtag #liberated.

Just over a week ago Kim defended husband Kanye over his controversial twitter rants and it looks as if she might have also taken some tips from Yezzus. Either than or she left her phone lying around the house unlocked...