Kim may have actually broken the internet with her naked Paper magazine cover.

Kim Kardashian certainly knows how to show off her assets, we’ve been aware of that for a while now. But the 34 year old reality star has really pushed the boundaries this time, with her latest risqué cover shoot, for Paper magazine.

Yes the cover of this month’s Paper magazine features Kim completely naked (apart from a pair of gloves and some pearls), oiled up and showing off her famous derriere. The headline reads, ‘break the internet.’

Well, the mag may have come very close to fulfilling their aim, as once the picture hit online it was all anyone could talk about. Some were very positive, praising Kim for her extraordinary figure. Of couse husband Kanye was the cover’s biggest supporter, tweeting the cover pic with the hashtag #allday.

Then there were those would weren't as keen to celebrate Kim’s behind. Some accused the magazine of overly enhancing Kim’s derrière, or shaving a few inches off her waist, or both (no comment). Other’s saw it as a great opportunity to show off their own photoshop skills, as one twitter user turned Kim into a centaur (oh dear).

But there were those who claimed the picture, which was suddenly all over twitter and Instagram was a little too NSFW. Glee star Naya Rivera appeared to not be a fan, reportedly commenting on the picture, "I normally don't. But...you're someone's mother…”.

Paper Magazine new cover alert! - such a honor to work with the legendary  Jean-Paul Goude!!!! Shot this in Paris. Can't wait for you to see the the whole issue

In another image shot for the magazine, Kim recreates photographer Jean-Paul Goude’s iconic "Champagne Incident" shot, wearing a tight sequinned gown and balanced a champagne glass on her behind.

Kardashian herself tweeted, "And they say I didn't have a talent...try balancing a champagne glass on your ass LOL #BreakTheInternet #PaperMagazine.”

The magazine explained their choice of Kim for the cover by saying, “For our winter issue, we gave ourselves one assignment: Break The Internet. There is no other person that we can think of who is up to the task than one Kim Kardashian West. A pop culture fascination able to generate headlines just by leaving her house, Kim is what makes the web tick.”

So what do you think, is Kim’s cover an iconic image of a very modern celebrity? Or is it just a little too NSFW for your liking? 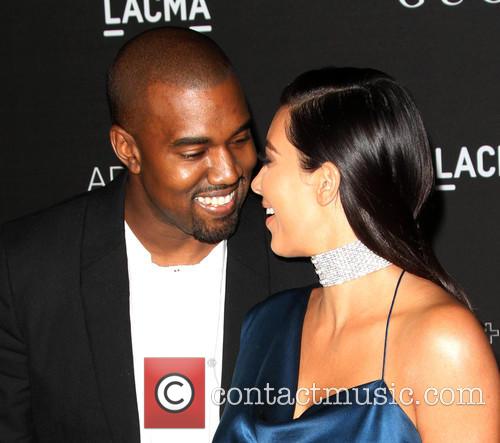