Kim Kardashian to try for another baby in 2014?

Kim Kardashian is hoping to get pregnant with her second child before the end of the year, as she wants North to have a sibling who is similar in age. 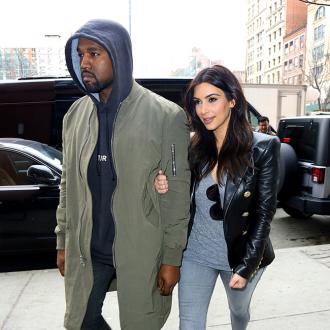 Kim Kardashian is hoping to get pregnant again before the end of the year.

The reality TV star is set to marry Kanye West in France this spring and then they are rumoured to be trying for a brother or sister for nine-month-old North.

A source told Yahoo! Celebrity: ''She wants to start trying by the end of the year - even though she hated being pregnant.

''She's so besotted with North that she says she's totally forgotten the awfulness of being pregnant and how much she struggled.''

The 33-year-old - who has sisters Khloe and Kourtney, brother Rob and half sisters Kendall and Kylie - is said to be keen for her daughter to have a sibling close to her in age.

The insider added: ''Kim has such a big family that she feels it's really important there isn't a huge age gap between North and her siblings.

''She's got her body back and loves being slim and voluptuous, but she's going to relish it for a few more months and then try for another child after the wedding, even on honeymoon.

''Kim says it'll be the most romantic thing ever and that's what they've been talking about a lot.''

Kim and Kanye's wedding is set to be a star studded affair, with a guest list thought to include chat show legend Oprah Winfrey, TV host Ryan Seacrest - who produces Kim's reality show, 'Keeping Up with the Kardashians' - actor Will Smith and his wife Jada Pinkett Smith, as well as close friends Beyonce and Jay Z.

The wedding will be filmed for 'Keeping Up With the Kardashians', although Beyonce reportedly doesn't want to feature on the programme.

The wedding will be Kanye's first and Kim's third marriage, after she tied the knot when she was 20 to music producer Damon Thomas for four years and later married basketball player Kris Humphries, in 2011, a union which lasted just 72 days.