Kim Kardashian To Marry On August 20

Kim Kardashian will wed her fiance Kris Humphries on August 20 after they have separate bachelor and bachelorette parties later this month. 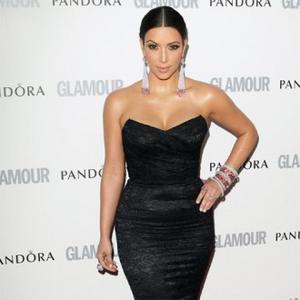 Kim Kardashian will reportedly get married on August 20.

The 30-year-old socialite and her basketball star fiance Kris Humphries - who proposed to her in May - have set a date for their nuptials and will tie the knot after they have enjoyed separate bachelor and bachelorette parties Las Vegas nightclubs Tao and Lavo later this month, according to the New York Post newspaper.

Planning is already well underway for the big day, and according to Kim's sister Khloe their mother Kris Jenner is doing most of the work.

Khloe said: "I have no idea what's going on. But I've seen how much my mom has been doing, and I don't know how my mom does it! Kim should be kissing the ground that she walks on. It's amazing."

The family has not spend much time with the sportsman since he and Kim got engaged after just six months of dating, and Khloe hopes they all get the chance to hang out soon.

She told UsMagazine.com: "We definitely need more bonding time. I just feel like we're so busy."

It has been reported the bride has already invited at least 1,000 guests to the wedding, despite not currently having a venue.

A source said: "There's no location yet, but Kim is already invited at least 1,000, and the list is getting longer. The original idea was to have a wedding on each coast, but she now wants one huge wedding.

"She'll probably reveal where the ceremony is. She hopes to make a huge entrance. She's having guests sign confidentiality agreements."