Kim Kardashian has hit out at brother Rob Kardashian's ex-girlfriend Adrienne Bailon over her recent claims that dating the sock designer hurt her career. 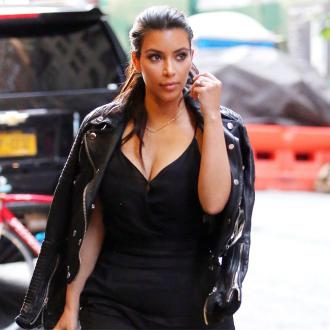 Kim Kardashian has accused Adrienne Bailon of kicking Rob Kardashian ''when he's down''.

The 33-year-old reality TV star has hit out at her brother's ex-girlfriend following her recent claims that dating the sock designer hurt her career.

The actress-and-singer - who dated Rob from 2007 to 2009 - suggested that appearing on the family's reality show 'Keeping Up with the Kardashians' did her career more harm than good in an interview with Latina magazine.

A furious Kim wrote on Twitter in the early hours of Wednesday morning (30.07.14): ''Funny how she says being with a Kardashian hurt her career yet the only reason she has this article is bc she is talking about a Kardashian

Kim took a further dig at the 30-year-old star by referring to the song 'Let It Go', which appears on the soundtrack to hit Disney film 'Frozen'.

Adrienne, who claims Rob cheated on her during their two-year relationship, expressed her regrets over appearing on the Kardashians' E! reality show, saying: ''To be stuck with that Kardashian label, that was so hurtful to me and to my career. I probably realised that too late - not that it would've affected my decisions in terms of who I dated, but it would've affected my decision to appear on the show.''

Kim's defence of Rob - who never attended his sister's recent wedding to Kanye West and reportedly hasn't spoken to her since - comes as the 27-year-old star continues to battle weight problems which have plunged him into depression.

The brunette beauty has taken a firm approach with her sibling, insisting it's up to him to change his lifestyle.

She said: ''I think I'm just more of the tough love kind of person. My personality is like, 'All right, you complain, you don't like it, get up and do something about it.' ''