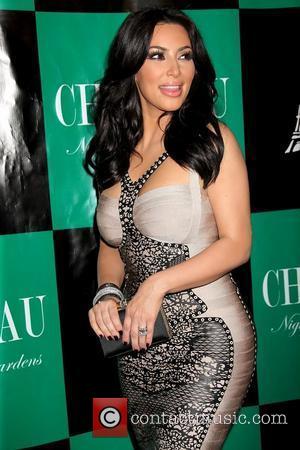 Kim Kardashian is set for what could be a headline-grabbing showdown with fashion expert TIM GUNN after agreeing to be a guest judge on his hit U.S. TV contest show Project Runway.
The socialite and reality TV star is set to fly out to New York this week (beg20Jun11) to film with Gunn, Heidi Klum and Michael Kors on the hit series, according to Life & Style magazine.
And things could get nasty if Kardashian decides to tackle show mentor Gunn for remarks he made about her fashion sense last year (10).
The respected style guru made headlines when he called Kardashian "a poseur" in a TV interview, adding, "I find that when she's static and still, she has an attractiveness. I find that when she's moving, it all goes away from me."
He also had harsh words for Kardashian's family, stating, "I just think the Kardashians have an absence of taste, and I don't think that that should be perpetuated."