Kim Kardashian's best friends are ''all competing'' to be the best-dressed guest at her wedding and have ordered custom-made designer dresses for her and Kanye West's rehearsal brunch and nuptials this weekend. 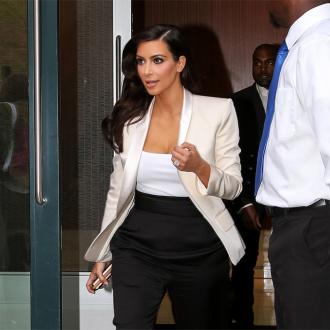 Kim Kardashian's best friends are ''all competing'' to be the best-dressed guest at her wedding.

The 'Keeping Up with the Kardashians' star is set to marry Kanye West this Saturday (24.05.14) and her close pals have ordered custom-made dresses as they all ''want to look their absolute best'' at the lavish nuptials.

Michael Costello has created couture gowns for Brittny Gastineau, Larsa Pippen, Blac Chyna, and Carla Dibello for the couple's rehearsal brunch at iconic designer Valentino Garavani's Château de Wideville in Paris on Friday (23.05.14), after which they will be given a private tour of the Palace of Versailles, as well as their outfits for the duo's big day.

The fashion designer told UsMagazine.com he was ''kind of shocked'' when so many of the reality TV star's inner circle got in touch with him.

He said: ''They were all competing [when they first came in]! They wanted to look their best. I think they just all want to show up and shut it down. They want to be there for Kim, but they want to look their absolute best.''

He added: ''We're not just making one dress, we're making two for each girl. They're all very romantic, really beautiful, structured silhouettes.''

Meanwhile, a source told the New York Post's Page Six that photos from Kim and Kanye's rehearsal brunch at Valentino's 17th-century residence outside the French capital, will be featured on Vogue.com, following their controversial appearance on the cover of the April edition of US Vogue.

The brunette beauty previously said that she wanted to keep their wedding day private, but would share everything that happens leading up to and after the event with her fans.

The couple are expected to fly their guests via private jet to Florence, Italy for their nuptials on Saturday morning.