Kim Kardashian's medical records were 'improperly accessed' after she gave birth to her daughter North West last month at Cedars-Sinai Medical Centre in Los Angeles and six members of staff have been fired. 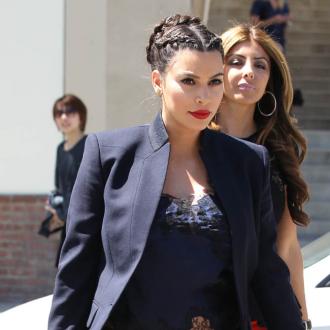 The reality TV star, who gave birth to her daughter, North West, on June 15, has reportedly been informed that her privacy was breached as she was one of 14 patients at Cedars-Sinai Medical Centre in Los Angeles last month, whose files were observed by unauthorised staff, six of whom have now been fired.

The LA Times newspaper first revealed that the medical records of 14 patients were ''improperly accessed'' between June 18-24, and according to gossip website TMZ.com, Kim, who stayed in hospital for a week after her baby's premature arrival, was contacted by the hospital to let her know that she was one of the victims.

The source added that the Kardashian family had suspected that information was leaked directly from the hospital as news of Kim's early labour and North's arrival went around the world before they got a chance to tell anyone.

The insider said that the 'Keeping Up with the Kardashians' star is glad that the hospital, which is located in Beverly Hills, took action against the six staff members.