Kim Kardashian's baby's sex to be revealed on TV

Fans will discover whether Kim Kardashian is having a boy or a girl on this weekend's premiere of 'Keeping Up with the Kardashians' season 8. 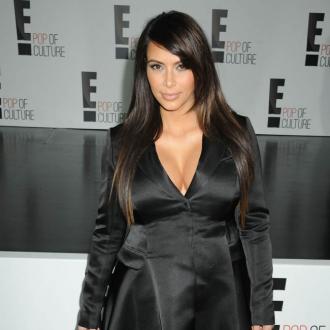 The mystery of whether the reality star is having a boy or a girl with her boyfriend Kanye West will finally be unveiled on the first episode of season 8 of 'Keeping Up with the Kardashians'.

Speaking on the 'Today' show, Kim's sister Khloe teased: ''This Sunday we are going to reveal it on the show. You'll find out the sex of [Kim's] baby on the show.''

Khloe was quizzed further by hosts Matt Lauer and Savannah Guthrie, who suggested the baby shower invite looks perfect for a baby girl.

The custom-made invitation - which was sent out to the likes of Beyonce and Fergie - is a white music box which plays a ''lullaby'' version of Kanye's track 'Hey Mama' as a plastic ballerina dances.

However, all Khloe would say was, ''Kanye wrote the lullaby'', adding, ''Kim loves ballerinas ... Kim likes what she likes.''

She insisted the theme for the June 2 bash is ''all white''.

Khloe also hinted what fans could expect from the new season of the family's E! reality show, including much more of the youngest members of the clan, her half-sisters Kylie and Kendall Jenner and footage from a group trip to Greece.

Discussing the hit show's longevity, Khloe said: ''It's such a blessing. It's shocking that there's still so much to be said''.

The 28-year-old star sometimes finds it difficult to cope with the public knowing the ins-and-outs of her personal life, including her struggle to conceive with her husband Lamar Odom.

She mused: ''I don't have any regrets. There's obviously pros and cons ... but I'm very blessed and I love that I get to do what I do with my family.''