Kim Kardashian appears to have ended her feud with Katie Couric, as she celebrated Independence Day with the veteran journalist in the Hamptons, New York on Friday (04.07.14). 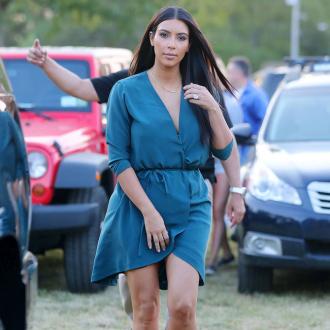 Kim Kardashian has ended her feud with Katie Couric.

The 'Keeping Up with the Kardashians' star, who lashed out at the US chat show host last August, accusing her of being two-faced, celebrated Independence Day with the veteran journalist in the Hamptons, New York on Friday (04.07.14).

This marks the first time the duo have been spotted together since the reality TV star slammed Katie, 57, for sending a set of Barney's New York pyjamas to her daughter North after she was born in June 2013, shortly after she dismissed the Kardashian's success in an interview, saying: ''I don't understand - why are they so famous? I think it's mostly teenage girls that are interested.''

Kim responded by posting a picture of Katie's gift and congratulatory card on Instagram, with the caption: ''#IHateFakeMediaFriends #MayIHumblySuggestYouNotSendGiftsThenTalkSh*t. (sic)''

Katie later apologised for hurting her feelings, saying: ''I've met Kim before and I think she's a really sweet person.

''I didn't mean to hurt her feelings. The gift is genuine, and I'm happy for Kim and Kanye.''

But a source close to the E! star said she wasn't impressed by the apology, adding: ''Kim is so tired of people publicly bashing her yet kissing her a** behind closed doors.''