The reality TV stars revealed many details on her huge Italian wedding to Kanye West while appearing on 'Jimmy Kimmel live!'

Kim Kardashian and Kanye West's big day was undoubtedly the most talked about wedding of the year, and as expected it was a huge extravaganza that took place in a 16th-century Belvedere Fort in Florence, Italy.

Kim and Kanye tied the knot in Florence, Itlay, this past May

Any bride would want their own wedding to go off without a hitch, but in Kim's case there were several mishaps leading up to the pair saying "I Do," and to top it off the reality TV star's famous sister, Khloe, was battling a severe hangover.

Kim appeared on 'Jimmy Kimmel Live!' this past Tuesday (Aug 5th) and opened up about her huge Italian wedding, revealing that many guests may have drank a little too much alcohol the rehearsal dinner at the Palace of Versailles.

"I think everyone just had such a good time at Versailles that they drank too much," Kardashian told Jimmy. "Khloe drank a little too much the night before and I had to wake her up, she was laying down and getting her makeup done while she was sleeping, she was so hungover!"

More: Keeping It in the Family? Kim Posts Cute Photo of Kanye and North in the Studio

The destination of Kim and Kanye's wedding was kept tight-lipped for quite some time, and confusion arose when the pair decided to kick-off their pre-wedding celebrations in Paris, France, only days before exchanging vows. 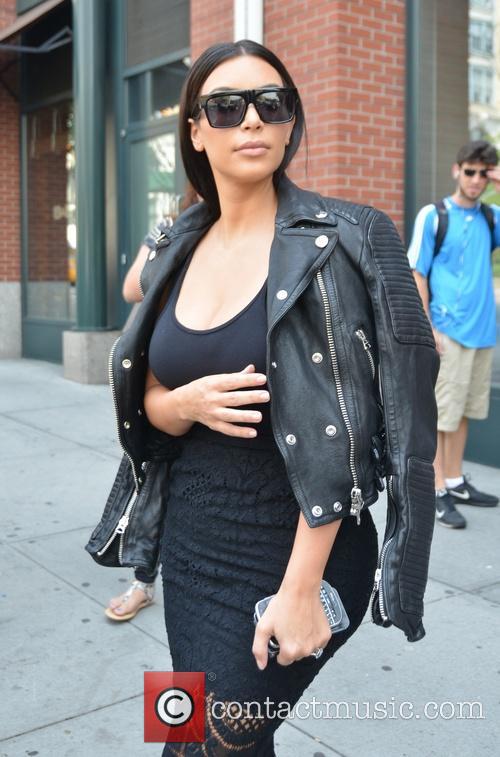 Kim wanted to fool people about the location of her wedding

But Kim explained that this was because they "fell in love in Paris, I got pregnant with our daughter in Florence. We wanted to share our love story. We tried to trick everyone as to where the ceremony would be held, but when the information was leaked it kind of sucked."

The final scary moment occurred at the reception after the 'Keeping up with the Kardashian' star found out one guest, who was expected to be in attendance, decided not to show up after all the expected attendees names were carved into a massive marble table top.

"It was the worst," she told Kimmel. "We tried to put white paint and cover the name