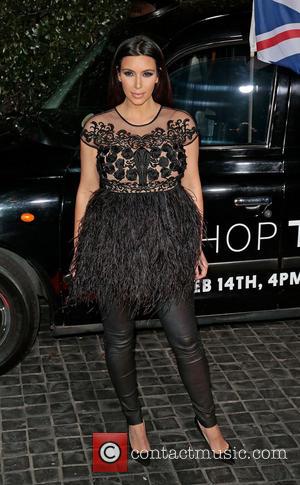 Kim Kardashian's nude dress was a major talking point at the opening of Sir Philip Green's new Topshop and Topman stores in Los Angeles this week. Kardashian, 32, wore a nude black lace dress, feathery skirt, leather leggings and black pumps to celebrate the opening of flagship stores in West Hollywood. She was joined on the red-carpet by boyfriend Kanye West and mother Kris Jenner, while Ryan Seacrest, Derek Hough and Randy Jackson also made appearances.

Though Kardashian's nude dress did a wonderful job of embracing her pregnancy without being too revealing, the reality star had some major competition in the form of Welsh mezzo-soprano and recent Dancing with the Stars contestant Katherine Jenkins. The singer, 32, opted for a fitted strapless dress at the ritzy Cecconi's venue for the after-party, and matched it with gold heels and jewellery.

Sir Phillip Green has been planning the Topshop, Los Angeles stores for a while, and has aligned himself with the right people in Kim Kardashian etc as he brings his British clothing empire across the pond. He was the man behind Kate Moss' hugely successful line for Topshop in the UK and has called on the fashion forward Kate Bosworth to deliver a similar range for the Los Angeles store.  The Superman Returns actress was also in attendance at the opening, opting for a gold mini-dress with cross-bar neckline. 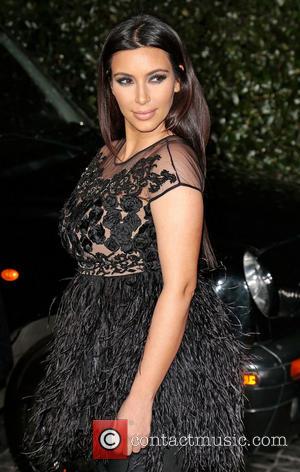 Since launching in 1964, Topshop has opened 319 stores in the UK to establish itself as the leading high street retailer for both men and women. The Los Angeles store - opening at The Grove - becomes the fifth flagship store, joining Oxford Circus, London, Broadway, New York City, Liverpool One, Liverpool and Briggate, Leeds. The party continues on Thursday night with a 'Topshop Topman Takeover,' inspired by British street parties. Shoppers can head along to The Grove on Thursday evening (February 14, 2013) for food, live music and specials guests including Demi Lovato and Blood Orange. DJ Eve Speciall will be on the decks.

Kim Kardashian's nude dress that she wore for the opening is reminiscent of her other wardrobe choices over the years. She appears to favour the sheer look, and opted for a nude bandage dress when sounding out premises for a new D-A-S-H shop in Miami last year. The reality star stepped out for dinner in Miami with best friend Jonathan Cheban, donning the nude pink ensemble. 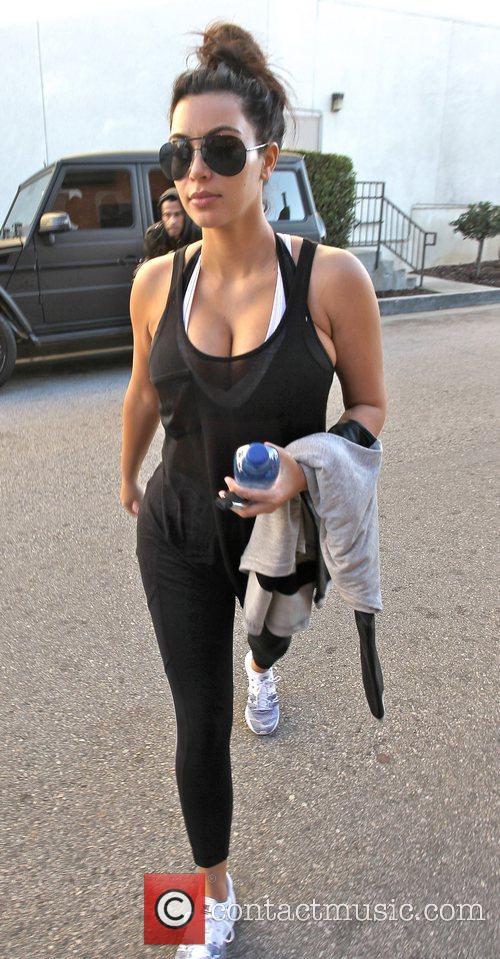 Kim Kardashian Likes To Keep In Shape With Regular Visits To The Gym!

The pregnant reality star opted for a nude sheer lace dress by Welsh designer Julien McDonald as she celebrated New Year's Eve at the Mirage Hotel in Las Vegas this year. Kardashian had announced that she was expecting just hours before jetting off to Sin City and was given a warm round of applause by the partying revellers. She and Kanye looked a picture of happiness, though considering they'd bagged a reported $300,000 for the appearance alone, we can kind of understand why? Read more Kim Kardashian news.