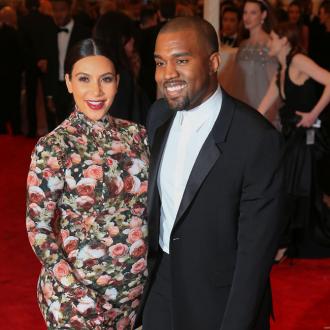 The reality TV star gave birth to the couple's first child on Saturday (15.06.13) in Los Angeles, California, and a loose-lipped nurse at Cedars-Sinai Medical Center, the hospital where she had her baby, has allegedly revealed their new arrival's name.

According to gossip website MediaTakeOut.com, Kim and Kanye have settled on calling their daughter Kaidence, which would follow the Kardashian family tradition of naming daughters with the letter 'K'.

Meanwhile, the newborn's middle name is a tribute to the 'All of the Lights' rapper's late mother Donda West, who died in November 2007.

Kanye, 36, was incredibly close to his mother and even penned a tribute song about her, titled 'Hey Mama', for his 2005 album 'Late Registration'.

Kim, 32, was due to give birth in mid-July but had her baby five weeks early after experiencing an early onset of labour pains on Friday evening (14.06.13).

The star's sister Khloe Kardashian-Odom said both mother and baby are doing well.

She wrote on Twitter: ''I can not even begin 2 describe the miracle that is now apart of our family. Mommy/baby are healthy & resting. We appreciate all of the love.

''More info will come when the time is right! Thank you all for understanding! We love you all dearly! Overwhelmed with love right now. (sic)''