Is Kim Kardashian's Naked Photo Everything It Seems?

Looks like this is more of a throwback snap.

Kim Kardashian bares all in a fully naked Instagram snap posted on her account just weeks after the birth of her daughter Saint West. She's looking pretty flawless with her smooth curves and flat stomach, not an imperfection in sight; but is all as it seems? 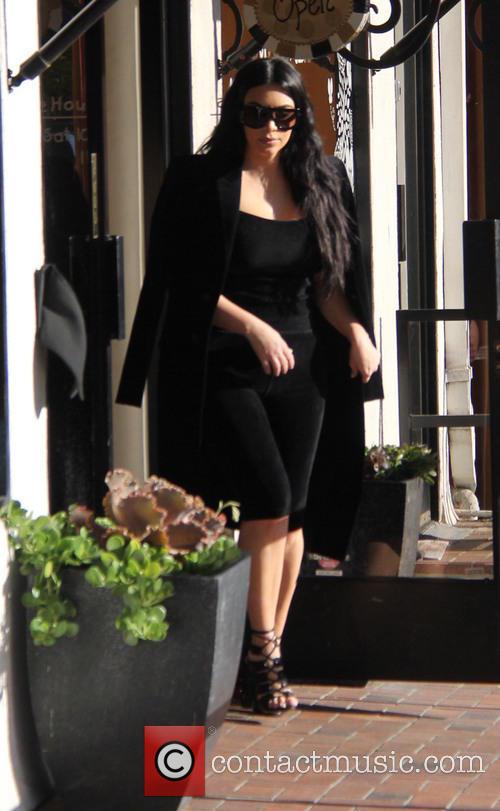 Kim Kardashian shows off her bod

There's no denying that Kim Kardashian has one of the most incredible bodies in showbiz, with curves to rival pretty much anyone. And, with her millions, a personal trainer has never been too far away - particularly after a pregnancy. However, many are struggling to believe that she has managed to shrink back to her usual figure in the 13 weeks following Saint's birth, and eagle-eyed sceptics have suggested that it's actually an old photo.

Before we start lashing out at Kim, the star never SAID this was her post-baby body. She captioned the shot 'When you're like I have nothing to wear LOL', and we've all posted photos on social media that we've had hidden for a while. Chances are, with it being a fully nude shot, she's only just plucked up the courage to share such a candid shot, with two black rectangles strategically placed.

When you're like I have nothing to wear LOL

It's been pointed out that around this time last year, she posted a fully-clothed shot of herself wearing a waist trainer in the exact same spot. A closer look shows that the towels on the wooden shelves at the back are in exactly the same position as this 'new' nude shot, as is the blind on the window.

Most intriguingly of all, she's donning the same blonde bob style. Of course, she could be wearing a wig in this 'new' shot that somehow looks exactly like her old hair; it's not too unlikely given that wearing blonde hair-pieces in recent weeks.

There's also the fact that she very likely took the nude photo after that fully-clothed one, in a bid to show off the results of her waist trainer. Not that anyone needs a reason to take nude pictures.

Nonetheless, there's no doubt that Kim's still looking hotter than most people would after giving birth to a second child.

Organizing & cleaning up before bed and waist training at the same time! Thank you to the one and only @premadonna87 @pre_shop #Premadonna87 #whatsawaist.com