Sediuk targeted Kim on Wednesday, less than a week after he accosted model Gigi Hadid.

Kim Kardashian has filled a complaint with French authorities, after her encounter with prankster Vitalii Sediuk in Paris on Wednesday, E! News has confirmed.

The former Ukrainian news reporter had attempted to kiss Kim’s famous behind as she walked out of her car in the French capital, but found himself quickly taken down by one of her bodyguards. 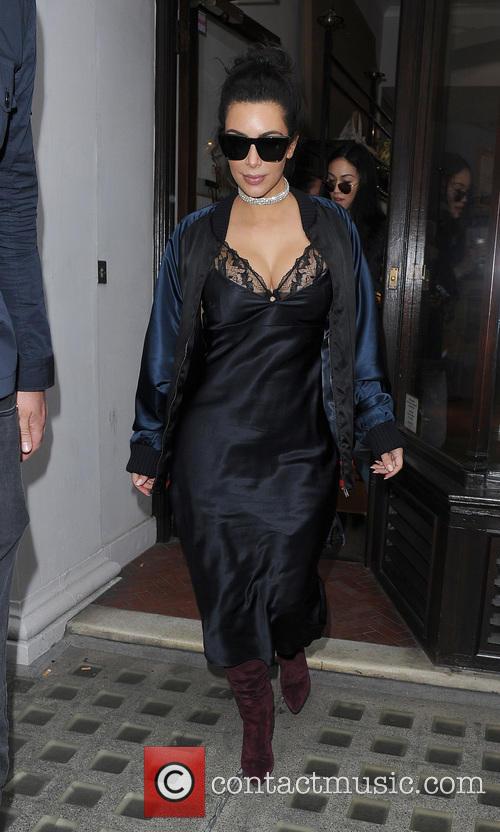 Sediuk later explained his actions in an Instagram post, saying he was ‘protesting Kim for using fake butt implants’, an allegation that the reality star has always denied.

‘I encourage her and the rest of Kardashian clan to popularise natural beauty among teenage girls who follow and defend them blindly,’ Sediuk continued.

‘I was sitting there outside the posh restaurant to use free wifi and eating my ice-cream. When all of a sudden, the pack of paparazzi came out and the car with Kim Kardashian.

‘I swear I didn't know she was going to be there. So I had to come out with an idea very fast. Does it mean if I don't go to celebrities, they come to me? Lol’

Last week Sediuk also made headlines for attempting to pick up Gigi Hadid outside of a Milan Fashion Week Show. However the model fought back and ended up elbowing him in the face before he ran away.

In the past he’s also targeted Brad Pitt, at the 2014 Los Angeles premiere of Maleficent, as well as Leonardo DiCaprio and Will Smith, who he once tried to kiss.