Kim Kardashian was handed a helpful leg-up by her opponent in her drawn out divorce trial. Kris Humphries was a no-show yesterday (Fri April, 12) for a mandatory hearing.

The estranged couple were required to attend BY LAW, so Humphries’ decision might hurt him on April 19th, when a hearing takes place to see if he should be sanctioned. It would have been welcome news for Kardashian, who arrived wearing a long silver tunic over white pants. The basketball player is claiming, according to sources, that a delay or cancellation of his flight was the cause of his non-attendance. We’re assuming that’ll either be determined as true or false on the April 19th. "It's a really bad if he didn't appear and he didn't get permission not to be here," Certified Family Law Specialist Lynn Soodik, who is not involved in this case, tells E! "It seems like it's not as important to him." “They are trying to get them to settle without a trial," Soodik says. "You have an experienced judicial officer listening and telling you what they think your outcome will be at trial.”

Kardashian has since started dating Kanye West, and is pregnant with his baby. But her lingering marriage to Humphries, which the sports star claims was a publicity stunt, has meant the new couple can’t wed, which is more of an issue for the religious rapper. 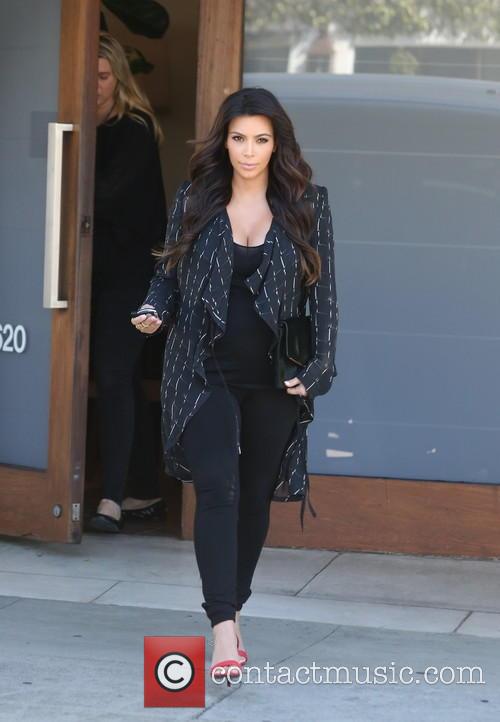 Kardashian and her bump