Kourtney refuses to take part in Kim 'Kim Kardashian: Hollywood' as a 'favour'.

Things are heating up in the K household as Kim Kardashian lashes out at her older sister Kourtney for not taking part in her wildly successful and addictive new video game 'Kim Kardashian: Hollywood' - and things are looking serious. 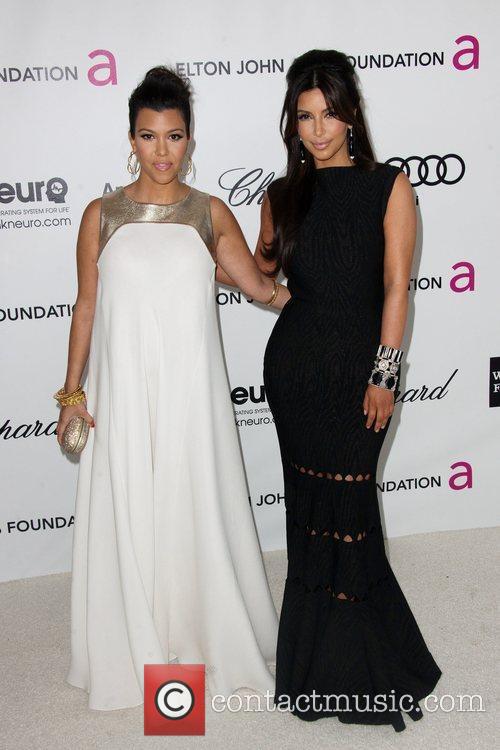 Kim and Kourtney at war?

So, here's the deal; Kim wanted to use her sister Kourtney's likeness for the game but the latter is bluntly refusing, for reasons as yet unknown. 'It's ridiculous for you to just not do that for me as a favour because I've done so much for you', Kim vented to Kourtney on 'Keeping Up With The Kardashians', as she turns to her other sister Khloe for some moral support. 'And for Scott [Disick] to call me and say, 'You should buy her a pair of shoes to put her character in the game!' And I'm like, 'Buy her a f***ing pair of shoes after all the s**t I've done for her?' I said to Scott, 'I'm not buying her a f***ing pair of shoes, I bought her a f***ing career!''

Wow. Kim is without doubt the most famous of the sisters having carved fame and fortune from her regrettable 'Kim K Superstar' sex tape and ultimately going on to appear in Playboy, take up various cameos in movies and TV shows and appearing in various other reality shows aside from 'Keeping Up With The Kardashians', including 'Dancing With The Stars' and 'The Apprentice'.

Meanwhile, Kourtney Kardashian's fame extends to her family reality show spin-offs and her work in the fashion industry - which largely also includes her sisters. The fact that she hasn't yet found independence career-wise may be what's contributing to her reluctance to join Kim's game.

But Kourtney's not the only member of the family finding fault with Kim. Her brother Robert Kardashian took to Instagram last week to compare her to the psychotic 'Gone Girl' character Amy in a post which was captioned: 'This is my sister kim , the bitch from Gone Girl,,,' - accompanied by a particularly unflattering picture of Rosamund Pike in the movie.