The rapper was taken to hospital on Monday, reportedly suffering from stress and exhaustion.

Kim Kardashian rushed to the side of husband Kanye West, after he was hospitalised in Los Angeles on Monday evening.

The reality star had been scheduled to make her first red carpet appearance since the Paris robbery that night, at the Angel Ball in New York City, where he late father Robert Kardashian was being honoured.

Kim had flown to New York to attend the event, but ended up boarding a plane back to Los Angeles after being informed of her husband’s hospitalisation. 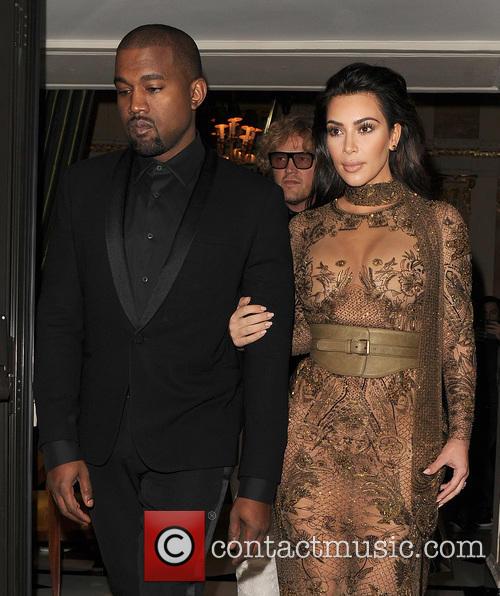 Kim Kardashian and Kanye West, pictured in May

Speaking to E! News a source said: "She is just holding things down like Kanye did for her when she needed support.

"Kim is doing much better and is strong. This shall pass she believes. Kim is by his side now and will stand there till everything gets better.”

"Their time together was just about support. Kanye will be ok,” the source continued.

“He has a good set of doctors and the main thing is he wants to get through this.”

According to reports, while in hospital Kanye doesn’t have access to a phone or computer.

"Kim and Kanye love each other and will do whatever it takes to support each other," the source added. "The whole Kardashian family as well love and support Kanye.”

Kanye’s hospitalisation came a day after he cancelled the remaining 21 dates of his Saint Pablo tour.

The rapper had been experiencing a turbulent few days, including walking off stage in Los Angeles on Saturday, just 30 minutes into his show, after launching into a rant about Beyonce and Jay Z.