Kim Kardashian is envious of Jessica Simpson's post-baby weight loss and wants to know how she got her ''lean figure''. 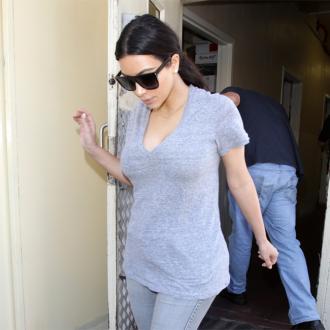 The 33-year-old star has 11-month-old daughter North with rapper Kanye West, who she married in Italy last month, and it is said she's jealous of how blonde beauty Jessica has shifted the pounds following the birth of her son, Ace, in June last year.

''Jessica's latest triumphant pictures show that she's achieved a streamlined shape that has Kim in tears of envy.''

Although Kim lost 50 pounds after having North which she credits the Aktins Diet for, she's now interested in what Jessica - who also has two-year-old daughter Maxwell with fiance Eric Johnson - is doing to look ''lean''.

The source added: ''Jessica's managed to get that lean look Kim's always dreamed of and Kim is convinced she's doing more than just Weight Watchers.

''[She's been] trying to recruit members of Jessica's team to find out exactly what she's doing.''