Kardashian sensationally revealed the details of Taylor Swift's conversation with husband Kanye via Snapchat this summer.

Kim Kardashian’s intervention in the Kanye West vs. Taylor Swift ‘Famous’ feud was one of the stories of the summer, but in a new interview she has insisted that she hadn’t meant to throw shade at Swift.

The 35 year old model and reality TV star backed up her husband Kanye’s claims that he had contacted Swift over the lyrical content of his new track ‘Famous’ before it was released – and then sensationally revealed audio clips of the conversation via Snapchat to prove it. 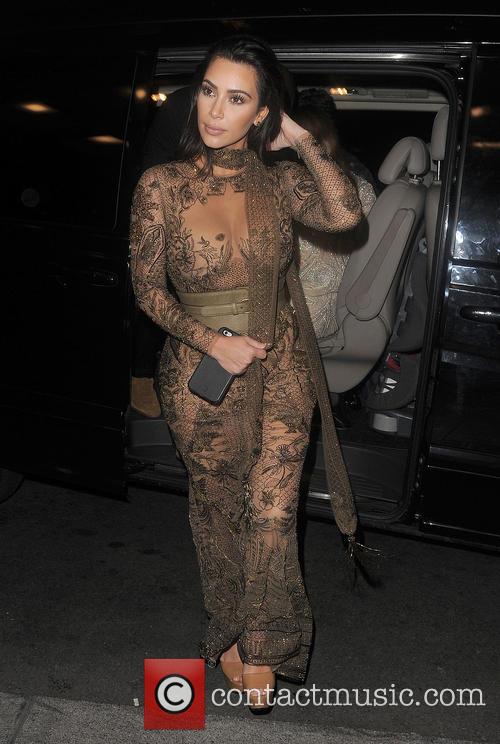 However, in a feature for the front cover of Wonderland magazine reported by E! News in a preview, Kim has said “no shade” was intended. “I never publicly talk bad about people. I still don't feel like I have. I'm being honest. I'm a fan. I like her music. There was no shade.”

That didn’t stop a handful of Swift’s friends from sending text messages to Kim in the aftermath of the incident back in June. “Girls in her squad hit me up on text,” she said. When asked for specific names, she replied, “I'm not petty.”

It seems Kim has changed her tone somewhat as the months have gone by since this whole feud started back in February, when Swift used her Grammys acceptance speech to slam Kanye for referencing her in the lyrics to ‘Famous’ (“I feel like me and Taylor might still have sex Why? / I made that b**** famous”.)

The middle Kardashian sister spoke to GQ just a few days before the Snapchat reveal went down this summer, and was much more scathing of Swift.

“I don't know why she just, you know, flipped all of a sudden… It was funny because [in the phone call] she said, ‘When I get on the Grammy red carpet, all the media is going to think that I’m so against this, and I’ll just laugh and say, ‘The joke’s on you, guys. I was in on it the whole time.’’ And I’m like, wait, but [in] your Grammy speech, you completely dissed my husband just to play the victim again.”

More: Kanye West’s ‘Famous’ sculptures to go up for auction for roughly $4 million