Kim Kardashian has urged her twitter followers to help her try and save a death row prisoner. 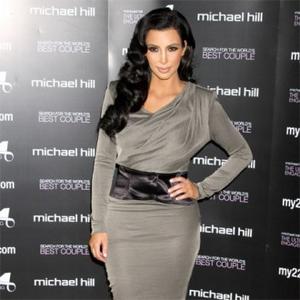 Kim Kardashian is trying to save a death row prisoner.

The newly married reality TV star urged her twitter followers to support convict Troy Davis, who is scheduled to die by lethal injection in the state of Georgia tonight (21.09.11), for the killing of police officer in 1989.

She tweeted: "I want to vent about the execution of Troy Davis! He is getting the death penalty tonight but I believe he is innocent!!! (sic)

"All he wants is a polygraph test 2 prove he's innocent & the judicial system can't give that to him? (sic)

"Everyone google Troy Davis & read his story! NO ONE should die by lethal injection when there is this much doubt! (sic)"

Troy has claims he is the victim of mistaken identity but his pleas for clemency to the Georgia State Board of Pardons and Paroles have been rejected.

Unless there is a last minute intervention, he will be given the death penalty for the shooting of off-duty policeman Mark MacPhail, who was aiding a homeless man in a Burger King parking lot at the time of his death.

Many other stars have also leant their support to Troy's campaign, including Lindsay Lohan, John Legend, Samantha Ronson and Mia Farrow.

P. Diddy even gave out a number for United States Attorney General Eric Holder to his twitter followers, adding: "Urge him to intercede on Troy Davis - retweet to the world and call right now! (sic)"