Kim is said to have been receiving professional counselling since her robbery ordeal last Monday.

Kim Kardashian is said to be suffering from ‘flashbacks and hasn't been sleeping well’ since her Paris robbery ordeal.

The realty star is now back in Los Angeles and has reportedly been receiving ‘professional counselling’, as well as support from her close family and friends. 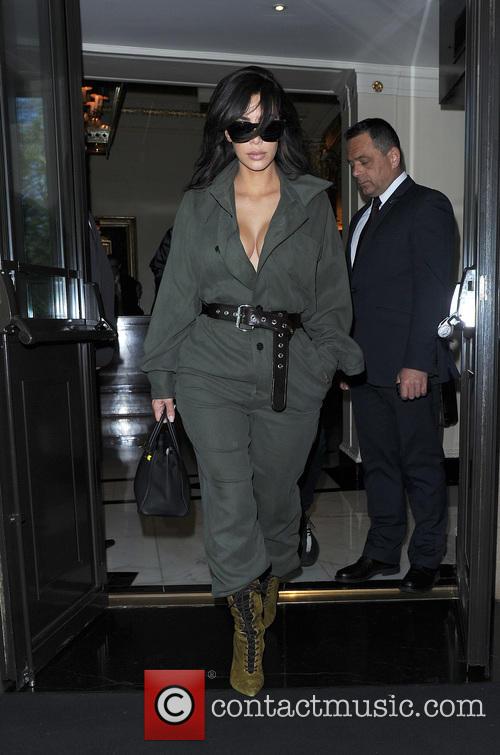 A source told E! News: "Kim is doing better but she still has a long way to recover from the robbery.

"She has been receiving some professional counseling. Her friends and family have been really supportive. Her sisters and mom have been checking on her every day.

"Kim is very paranoid still when she is alone. She has been having flashbacks and hasn't been sleeping well. Her security is always around her now."

"She is hoping with time it all gets better," the source continued. "Now is about recovering and being around the people she loves and trusts.

Kim’s husband Kanye West resumed his Saint Pablo world tour over the weekend, but the source says he makes sure to always check in on his wife at home.

"Kanye has been by her side when he isn't working and calling her nonstop to check in on her," the source added.

Kim’s children North and Saint, are also helping their mom recover, even if they don’t understand what’s going on.

"Being around her children is the biggest distraction for her mind,” the source added.

“North West is aware her mom is sad and not herself, but Kanye and Kim are trying not to talk about it around her."

More: Kanye West Returns To The Stage In Chicago After Kim's Robbery Ordeal

On Tuesday’s ‘Ellen DeGeneres Show’ Kim’s sister Khloe opened up about the Paris robbery for the first time. "I mean, it's incredibly traumatic what happened to her.

"But our family is super close and great and we'll get through it together, and we do appreciate all of your guys' love and support and it will take time," Khloe said.

When asked about the family making adjustments to their social media presence, Khloe added: ”I think for us it's all a wake up call for all of us, but definitely just to make sure our sister's OK."