This is all Kim Kardashian needs right now. Still at loggerheads with ex-husband Kris Humphries, the reality queen is now at war with brother Rob Kardashian over his recent split from UK pop star Rita Ora. Former Dancing With The Stars contestant Rob told her "I hope your sex tape haunts you for the rest of your life," after Kim tried had tried to advise him following his breakup. 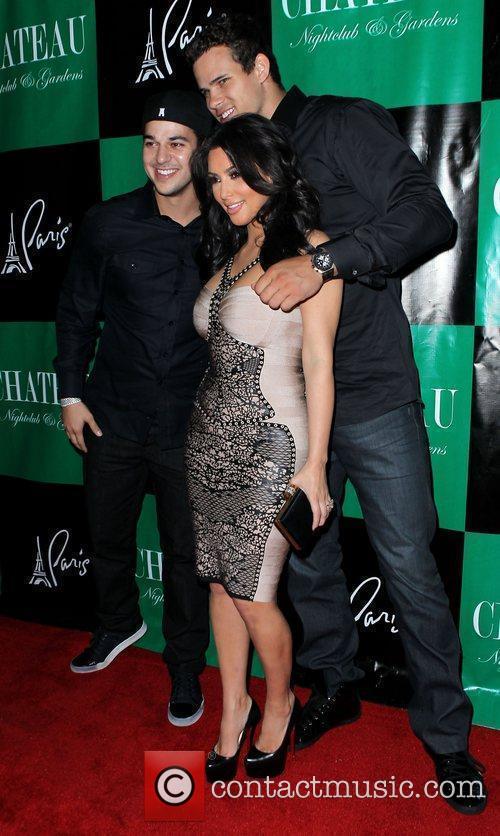 It Seems Kim Kardashian Is Feuding With Both Rob Kardashian and Ex Husband Kris Humphries!

The argument aired on her reality show 'Kourtney and Kim Take Miami,' though Rob also sent Kim a text saying he would "publicly bash" her and new boyfriend Kanye West, according to The Sun newspaper. Ironically, the abuse came after Kardashian had offered her media expertise to brother Rob, following his public split from Rita. He had written a tweet accusing the RIP singer of cheating on him with "at least 20 men," though Kim quite sensibly warned him not to air dirty laundry on the micro-blogging site, on which he has 4 million followers. "Don't post anything else, everyone has problems," said Kim.

Rob later apologized for the spiteful retaliation, explaining he was still angry over the heartbreak he had suffered. "I wanted to apologise. Obviously the things I said to you in the text message, I was just being mean," he said. Kim later confided, "I don't know who he is hanging out with, but I feel like it's not him. He has so much going on and he is depressed."

Kim Kardashian is often associated with her sex tape, made with former boyfriend Ray J. She told Oprah Winfrey in an interview last August, "It's something I'm going to have to live with for the rest of my life and explain to my children one day."