Kim Kardashian, in a recent interview, claimed her youngest siblings were "responsible" and aware of what "normal" life was like as they are supported by the rest of their family. Her comments in come the wake of speculation surrounding Kylie Jenner's headline catching behaviour.

Kim Kardashian has responded to rumours that the Kardashian-Jenner family is concerned about the lifestyles of Kendall and Kylie Jenner. The two youngest members of the Kardashian Klan, aged 19 and 17, are growing up in the spotlight and their behaviour is constantly commented on. In an interview, Kardashian explained how the two are actually "responsible" and that they are surrounded by people who remind them that, for the majority of people, their lifestyle is not the norm. 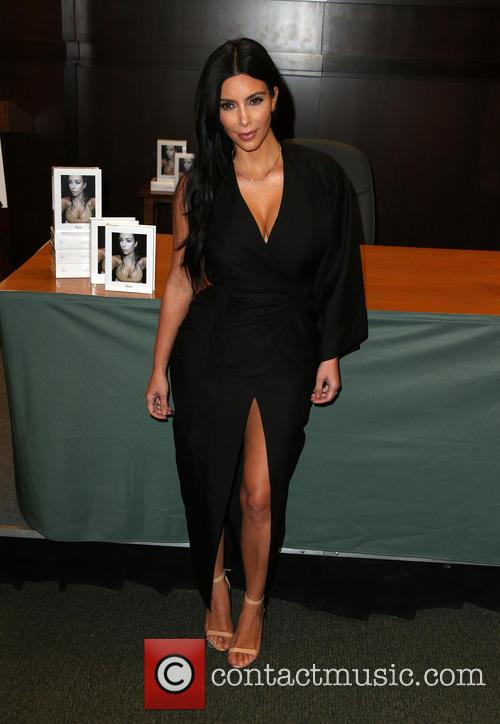 Kardashian, speaking to Billy Bush in an interview for Access Hollywood, was asked about her younger siblings and if she had any worries about Kendall and Kylie not knowing what "normal" life is like. Kardashian explained that as she and her siblings, Kourtney and Khloe Kardashian, had not grown up surrounded by fame to the same extent, they were able to remind their two youngest siblings of what life is like without such privilege. Furthermore, that her own worries for her daughter, North West, had enabled her to view the issue of growing up famous in a different way.

"I think that is just their reality," 34-year-old Kardashian said during the interview. "I have to think about it in a different way now that I have a daughter because she is born into it also, not by choice. When I talk about his with my husband, I really feel my daughter chose us as parents and she's going to be strong enough by how we teach her how to handle things."

"So having so many sisters who grew up differently from Kendall and Kylie and they're always there to talk to them about things, they know when things are normal," Kardashian added. "They know that all their friends aren't going on private jets. They know that they are growing up with a life of privilege, but they are super grounded and responsible."

Kylie has been in the headlines more frequently over recent months as her behaviour has raised some eyebrows. Most recently, Kylie admitted to using temporary lip fillers which cause some concern amongst her fans owing to her young age. However, Kardashian defended Kylie's decision in the interview and claimed Kylie's use of cosmetic surgery had changed her confidence as she had been self conscious about her lips for many years.