Kim Kardashian is adamant she would ''never marry for a TV show'' after filing for divorce from husband Kris Humphries just 72 days after they first tied the knot. 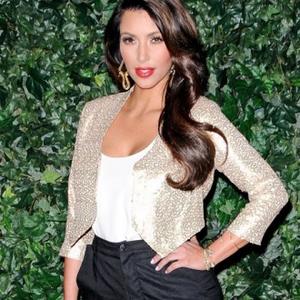 Kim Kardashian insists she would "never marry for a TV show".

The 31-year-old socialite filed for divorce from Kris Humphries on Monday (31.10.11) after just 72 days of marriage and despite have reportedly made almost $18 million from the union, she is adamant she would never tie the knot just to make money.

Speaking to 2Day FM's 'Kyle & Jackie O Show' in her first Australian interview since the split, Kim - whose nuptials were televised on her regular series and on the E! special 'Kim's Fairytale Wedding' - said: "I do want to make clear that I would never marry for a TV show, for money, or anything like that.

"I think it's really ridiculous that I have to defend that. I guess that's what comes along when you film your wedding for a reality show."

Kim - who divorced her first husband, music producer Damon Thomas, in 2004 - insists she "married for love", but accepts having her nuptials filmed for her reality show 'Keeping Up with the Kardashians' was not "the smartest decision".

In a statement posted on her official website, she explained: "First and foremost, I married for love. I can't believe I even have to defend this. I would not have spent so much time on something just for a TV show!

"I share so much of my life on a reality show, that contemplating whether to even film my wedding was a tough decision to make, and maybe it turned out to not be the smartest decision. But it's who I am!"

Kim admitted she is a "hopeless romantic" and rushed into her marriage with Kris because she wanted a family of her own "so badly", as well as getting "caught up with the hoopla" of filming the E! wedding special.

She added: "Everyone that knows me knows that I'm a hopeless romantic! I love with all of my heart and soul. I want a family and babies and a real life so badly that maybe I rushed in to something too soon. I believed in love and the dream of what I wanted so badly.

"I felt like I was on a fast roller coaster and couldn't get off when now I know I probably should have. I got caught up with the hoopla and the filming of the TV show that when I probably should have ended my relationship, I didn't know how to and didn't want to disappoint a lot of people."