Kim Kardashian cooked a pizza for Caitlyn Jenner on Monday and revealed how her post-pregnancy weight loss is going. Kim streamed a video of herself cooking for Caitlyn and although she didn’t appear on screen, she could be heard telling Jenner how her diet’s been going since welcoming baby Saint West. 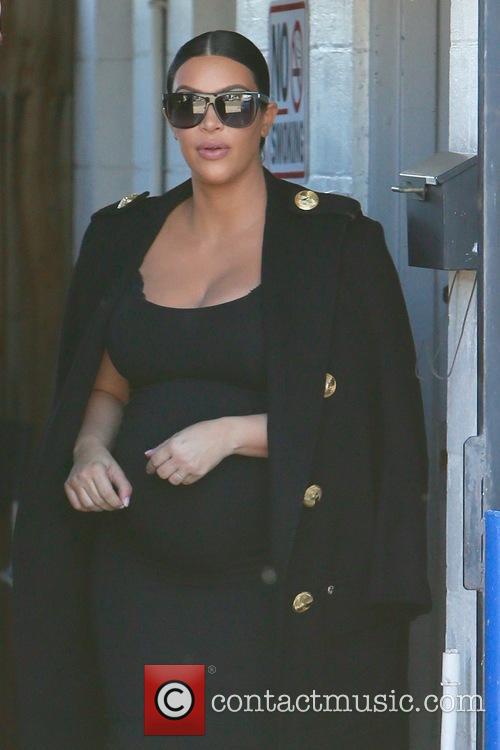 Kim Kardashian has lost 17 pounds since the birth of North West.

"You are looking much better," Caitlyn tells Kim. "I am feeling much better," Kim replies. Kim had previously revealed on her app she’s so far lost 17 pounds after putting on more than four stone during her pregnancy. She now plans to get down to 120 pounds.

More: Kim Kardashian And Kanye West Reportedly Told By Doctors Not To Have Any More Children

Kim then went on to talk about why she hasn’t appeared much on social media since Saint’s birth and why she’s shying away from posting selfies. "It's not even about how I look…no makeup and sweats,” Kim said. "I know I have been on social media [only] a little bit, but I wanted this time to not have to care or post something about myself.”

The 34-year-old added that it was easier to get back into shape following the birth of her first child North West. "This feels like a really hard recovery, but we will get through it. Everyone does it," she said, adding that when she learned of her post-birth weight: "I almost died."

While Kim puts her weight loss down to eating healthily and breastfeeding, Kim has also revealed that she that she plans to eat her placenta after experiencing great results by doing so following the birth of North.

Kim had the placenta freeze-dried and made into pills as she believes it helps ward off postpartum depression."I had great results and felt so full of energy and didn't have any signs of depression," she wrote on her website. "I definitely had to do it again. Every time I take a pill, I feel a surge of energy and feel really healthy and good. I totally recommend it for anyone considering it!"