Kim Kardashian celebrated her 33rd birthday in Las Vegas surrounded by her friends and family, four days after getting engaged to Kanye West. 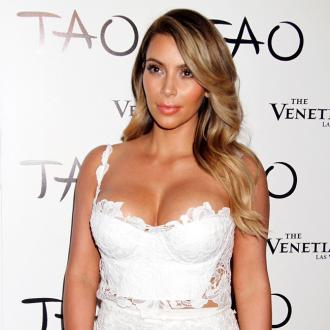 Kim Kardashian celebrated her birthday in style in Las Vegas.

The reality star was treated to a lavish party in the US gambling capital on Friday evening (25.10.13) where her close friends and family congratulated her on her engagement to rapper Kanye West, who popped the question on her 33rd birthday last Monday (21.10.13).

Kim was joined by her fiancé, her mother Kris Jenner and sisters Kourtney and Khloé Kardashian as they partied the night away at TAO at The Venetian, after taking in Kanye's 'Yeezus' tour gig at the MGM Grand Garden Arena.

The talk of the evening was naturally Kanye's romantic proposal, for which he hired out the entire AT&T baseball Park in San Francisco as well as a 50-piece orchestra to serenade Kim.

Kim told People magazine: ''I feel amazing. It is such a good feeling - just a dream come true.''

Guests in the Kardashians' VIP area were treated to a bespoke playlist, which featured some of Kanye's own tunes, as well as a series of 'Flashback Friday' photos displayed on the screen above the DJ booth.

At the end of the evening, a giant birthday cake was wheeled out and the party-goers gushed over an edible replica of Kim's 15-carat diamond ring and a compass engraved with the initials of her daughter North West.