Unfortunately, no, Kim cannot balance a champagne flute on her butt. The illusion is shattered!

Hey, by the way, Kim Kardashian’s photos in Paper magazine – you know the ones – black latex, champagne, Kim Kardashian and her butt in all their splendour? Yeah, it turns out they were photoshopped. In other news, the sky is blue and pizza is delicious. 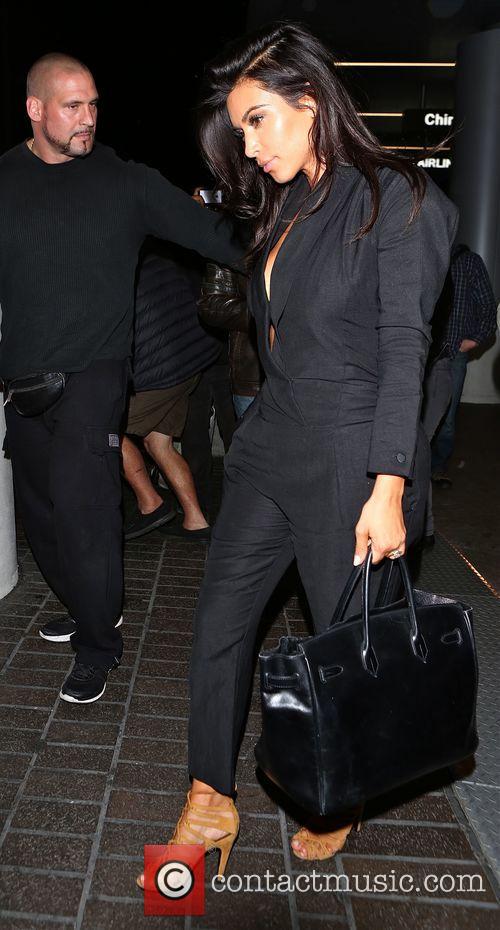 Kim Kardashian has many talents, but balancing a champagne flute on her butt is not among them.

The not-quite-scandalous reveal came from the co-founder and editor of Paper, Kim Hastreiter. Speaking about the now infamous image of Kim K resting a champagne flute on her behind (look, there’s only so many synonyms of butt I can use, before I start sounding like a Fifty Shades fanfic), Hastreiter said: ''Of course it was Photoshopped. Do you really think that you can open a bottle of champagne and get it to spray in a thin line over someone's head and land perfectly in a glass sitting on that same person's bottom?''

To borrow a phrase from screen icon Jenna Maroney, of course it was Photoshopped, you Eastern European knock-off Mr. Potato heads.

Apologies, dear reader – Eastern Europeans are cool and I’m sure you look nothing like a Mr. Potato Head from most angles. But I digress.

Speaking more broadly about the controversial shoot, Hastreiter toldDigiDay: ''Kim really adored the work of (photographer) Jean-Paul Goude and was dying to work with him. We made the match and once we did, Kim needed no cajoling. It was like a dream shoot.”

In fact, Kim allegedly arrived at the shoot game for pretty much anything – which, presumably, is how you’re supposed to enter into a shoot, especially one dubbed Break the Internet. Hats off to you, Mrs Kardashian-West, you really did it. Consider the internet thoroughly broken.