Kim Kardashian and Beyonce Knowles ''barely'' speak to each other, despite their respective partners, Kanye West and Jay-Z, being great friends and touring together. 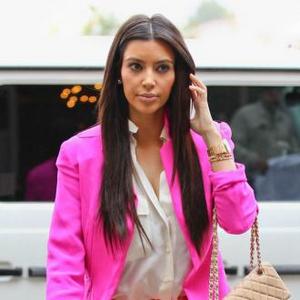 Kim Kardashian and Beyonce Knowles ''barely'' speak to each other.

Despite their respective partners, Kanye West and Jay-Z, being great friends and touring together, sources claim the two women aren't close and don't really communicate when they are watching the men perform.

A source at the recent Made In America Festival in Philadelphia, told the New York Daily News newspaper: ''Kim and Beyonce barely spoke to each other. They were on opposite sides of the stage. Beyonce didn't even acknowledge [Kim] was there until the concert was almost over.

''[Kim] didn't make any efforts to go speak to Beyonce either.''

However, when they both went backstage into one of the dressing rooms, insiders say they spoke a little to each other but ''uncomfortable'' Kim spent the majority of her time with Kanye and her best friend Jonathan Cheban.

The source continued: ''Eventually, the women made small talk in the dressing room, but you could tell Kim was uncomfortable. She clung onto Kanye the entire time and didn't say much. Kim was talking to Jonathan, and Kanye was talking to Jay-Z and Beyonce.''

Beyonce has been married to Jay-Z for over four years and they have a seven-month-old daughter, Blue Ivy, together while Kim has been with Kanye for around five months.