The wife has weighed in.

Kim Kardashian is shedding some light on the situation between her husband Kanye West and Taylor Swift, who had a falling out earlier this year over explicit references to the 'Blank Space' singer in his single 'Famous'. The curvy beauty stands by her man and insists that Taylor definitely gave the okay for the song to be released. 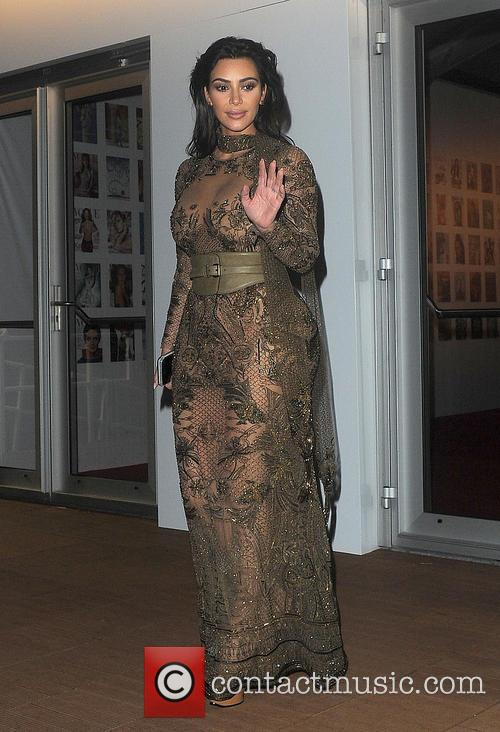 In an interview with GQ, Kim Kardashian swore that Taylor Swift had approved the line 'I feel like me and Taylor might still have sex/ I made that b***h famous' from Kanye's song 'Famous'. 'She totally approved that. She totally knew that that was coming out', she said.

To recap, Kanye released the song in February as part of his 'The Life of Pablo' album to much backlash from the feminist community and Taylor's fans. Kanye responded with a rant on Twitter where he claimed that the line was Taylor's idea, that she thought it was funny, and that she subsequently gave it her blessing.

However, it was a different story from Taylor's party. They claim that the phone call merely involved Kanye asking to release his song on her Twitter account which she refused. 'Taylor was never made aware of the actual lyric, 'I made that b***h famous'', they added. Taylor even when as far as to slam Kanye in her Grammys acceptance speech, telling the audience: 'There are going to be people who will try to undercut your success or take credit for your accomplishments or your fame'.

Kim isn't having any of it. 'Rick Rubin was there. So many respected people in the music business heard that [conversation] and knew', she said, and added that recorded footage of the conversation exists which she claims Taylor's team has asked to be 'destroyed'. 'They sent an attorney's letter like, 'Don't you dare do anything with that footage,' and asking us to destroy it', she said.

'He's called me a b***h in his songs. That's just what they say', she continued. 'I don't know why she just flipped all of a sudden. It was funny because [Taylor] said, 'When I get on the Grammy red carpet, all the media is going to think that I'm so against this, and I'll just laugh and say, 'The joke's on you, guys. I was in on it the whole time.' And I'm like, wait, but [in] your Grammy speech, you completely dissed my husband just to play the victim again.'

Wow. Now that sounds like fighting talk from Kimye. But Taylor's team have responded to Kim's latest claims, pretty much rehashing their original statement. 'Kanye West never told Taylor he was going to use the term 'that b***h' in referencing her. A song cannot be approved if it was never heard', they said. 'Kanye West never played the song for Taylor Swift.

'Taylor heard it for the first time when everyone else did and was humiliated. Kim Kardashian's claim that Taylor and her team were aware of being recorded is not true, and Taylor cannot understand why Kanye West, and now Kim Kardashian, will not just leave her alone.'