Kim Kardashian and Kanye West's secret to a successful marriage

Kim Kardashian has shared the secret behind her successful marriage to Kanye West. 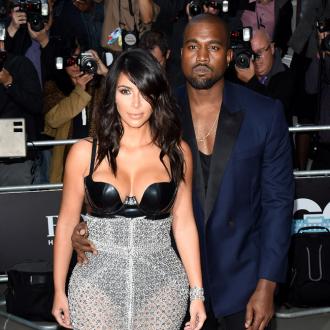 Kim Kardashian shares the secret of a successful marriage.

The 33-year-old 'Keeping Up With The Kardashians' star has revealed why her marriage to Kanye West works so well.

She told The Project: ''He makes me feel like woman of the year every day! He is really the most supportive person ever. We have a really good time together.

''He says, 'Let's treat each other like it's our birthday everyday.'''

Kim recently flew out to Australia to join her husband on his Yeezus Tour along with their daughter, 14-month-old North.

The little girl was reportedly ''mesmerised'' by her father whilst he performed his musical hits at the arena in Perth.

Kim explained: ''I took her out at the first show when we landed here in Australia to watch from the side.''

''It was the first time watching her daddy perform - she was mesmerised!''

Meanwhile, the television personality has revealed she wants more kids with her rapper husband.

Kim said: ''I have so many siblings and I love it, they are my best friends. I want that for my kids.