Kim Kardashian ''agonised'' over her decision to divorce Kris Humphries after just 72 days of marriage. 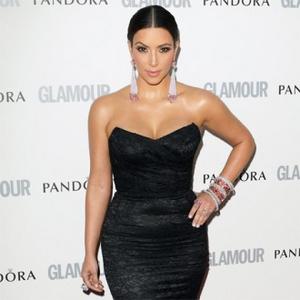 Kim Kardashian "agonised" over her decision to end her marriage to Kris Humphries.

The 31-year-old socialite filed for divorce from the basketball player yesterday (31.10.11) after just 72 days of marriage, but she is only believed to have made the final decision to split on Sunday night (30.10.11) after a lot of tears over the weekend.

A source told TMZ.com: "She cried all weekend, deciding to file legal docs, then changing her mind several times over."

While Kim - who divorced her first husband, music producer Damon Thomas, in 2004 - wasn't initially 100 per cent sure her marriage was over, she was said to be "shocked and angry" to learn Kris had hired a Hollywood publicist to cope with the expected fallout.

She reportedly fumed: "He's not in f***ing Hollywood. He plays sports."

The 'Keeping Up with the Kardashians' star admitted she had hoped her marriage would last "forever", but the couple's short union had "not worked out as planned".

She said in a statement: "After careful consideration, I have decided to end my marriage, I hope everyone understands this was not an easy decision.

"I had hoped this marriage was forever, but sometimes things don't work out as planned. We remain friends and wish each other the best."