Kim And Kanye Baptize Their Daughter At Ancient Cathedral In Jerusalem

Following their highly publicised visit to Armenia, Kimye took baby North to be baptized at an Armenian cathedral in the Israeli city of Jerusalem.

Kim Kardashian and Kanye West paid a visit to a twelfth century Armenian church in Jerusalem on Monday to have their daughter baptized.

The Jerusalem Post reported that Kim and Kanye took 22 month old North to Saint James Cathedral in Jerusalem’s Old City quarter. This was later confirmed by a representative for the Kardashians. 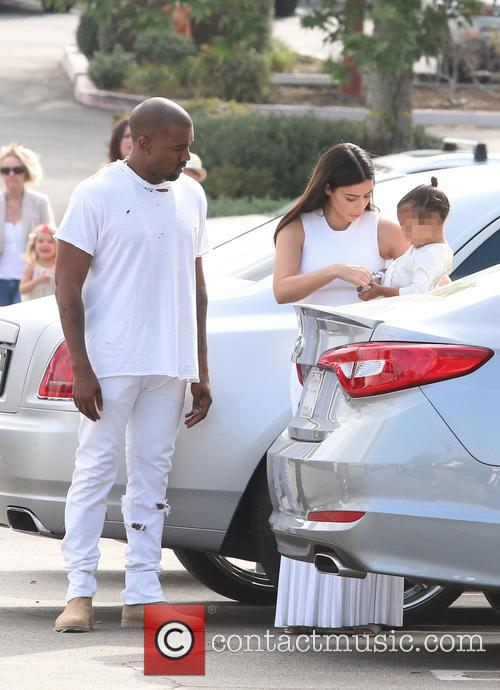 Reports describe the couple having to make their way past hordes of fans when entering the cathedral. Kim clutched North close to her as Kanye and her sister Khloe ushered her inside along with some hooded clergymen from the cathedral.

From other reports, it would appear that the power couple has bolted a quick two-day visit to Israel onto their recent trip to Armenia, where Kanye improvised an apparently impromptu gig with a host of local musicians on the banks of Swan Lake near the capital city of Yerevan.

The event was shut down by police, however, after the rapper dived in to the lake during a rendition of ‘Good Life’ and was followed by dozens of his fans.

The Kardashians have been visiting Armenia in connection with the centennial commemoration of the slaughter of thousands of Armenians by Ottoman Turks, which has been labelled as “genocide” by many – including Pope Francis, who sparked a diplomatic incident with Turkey by describing it as such.

Armenia is also the ancestral homeland of the Kardashians’ father Robert, who died in 2003. The sisters met with the republic’s Prime Minister Hovik Abrahamyan. Kim shared this experience on Instagram, saying “He expressed how proud they are that we are proud Armenians and we have not forgotten our roots! #NeverForget.”

The family will spend Tuesday filming some parts of their reality TV show, and are expected to move on to Jordan on Wednesday.

More: Kanye West compares his ego to a marble table