Whilst Kim Kardashian's backside may have caused controversy, life appears to have continued as usual for the 34-year-old reality star. On the same day the images appeared online (Wednesday 12th November), Kardashian helped her elder sister Kourtney celebrate her baby shower. 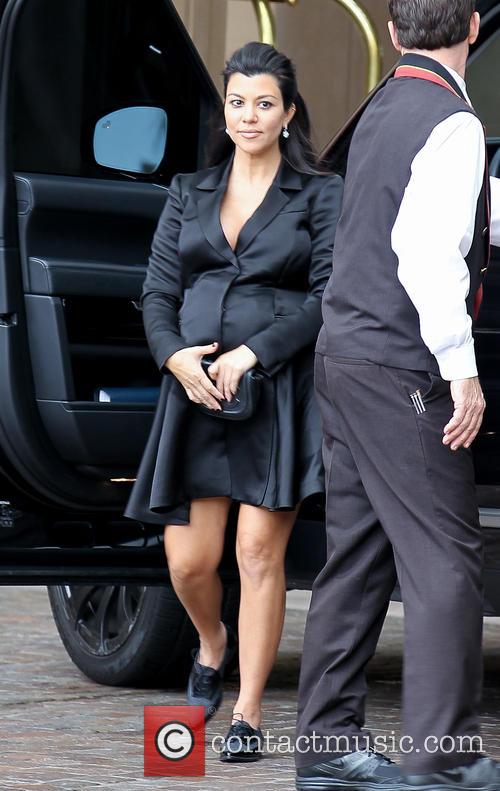 Read More: Celebrities BUTT In With Their Opinions Out Kim Kardashian's Paper Cover.

The Kardashian family attended the event held at the Montage Beverly Hills in Los Angeles. In addition to Kim and Kourtney, Khloe attended the event alongside their half-sister Kendall Jenner. Kim's daughter North also made an appearance at the event but the Kardashian matriarch Kris Jenner was oddly missing. As was Kylie Jenner whose absence was noted by Khloe on Instagram. In addition to the family, the sisters' close friends, Malika and Khadijah Haqq, were also in attendance.

The family and their friends were treated to lunch at the Tiffany's style brunch party. They were surrounded by boxes from the famous jewellery designer and hundreds of white roses. Kourtney shared a photograph of the occasion on Instagram, captioning it 'Baby shower brunch! #breakfastAtTiffanys'. 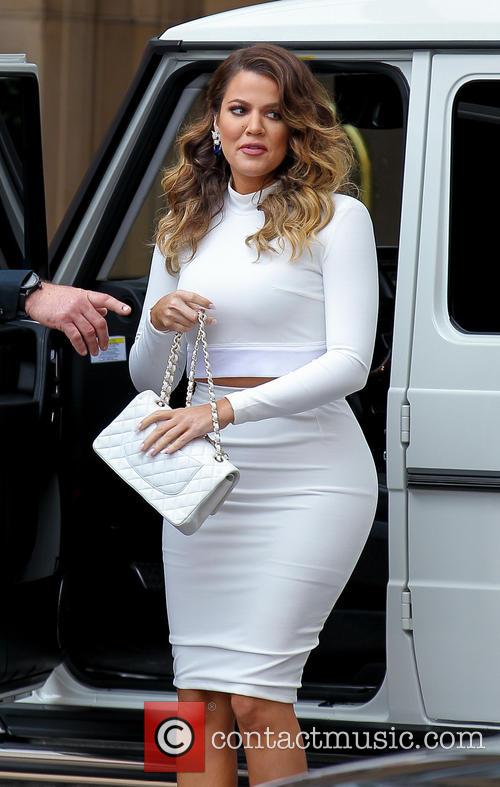 Khloe Kardashian stole in the show in her white figure hugging dress.

It was evidently a fun filled event with one onlooker, speaking to People, describing the shower. The source said "The ladies seemed to have a great time celebrating Kourtney's baby. They were laughing and enjoying themselves."

Despite the pastel surroundings, the sisters all went monochrome in their looks. Kim was certainly more demure than we've seen her recently, wearing black cropped leggings and a black tailored jacket. Kourtney showed off her baby bump in a tailored black dress complete with black brogues. However, Khloe stole the limelight in a matching, figure hugging white top and skirt set.

35-year-old Kourtney is expecting her third child with her partner Scott Disick. The couple have been together since 2006 and have two children together: Mason (aged 4) and Penelope (aged 2).

See More Pictures Of The Kardashians Arriving At The Montage Hotel.