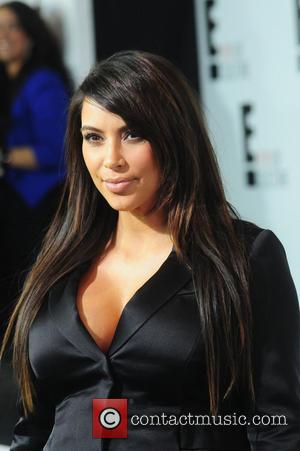 Picture: Kim Kardashian - The 32 year old was not due to give birth until July (13) but reports suggest both mother and baby...

Kim Kardashian's former stepmother has followed through on her threat to sue the socialite, her sisters and mother for defamation.

Ellen Pearson, the former wife of the late Robert Kardashian, filed papers last month (Jul13) in a bid to convince a judge to allow her to countersue the Kardashian sisters and Kris Jenner for bringing an alleged bogus property rights suit against her, and now it appears she's determined to win the family battle.

The spat began when Kim and co. filed suit against Pearson after she went public with her husband's journals last year (12) - property the socialite siblings and their mother claimed belonged to them.

They insisted Robert Kardashian had bequeathed the "bulk of his personal tangible and intangible property" to his four children, and therefore his diaries were not Pearson's to sell to Bauer Publishing titles In Touch and Life & Style, who published extracts as part of stories about his ex-wife Kris Jenner's alleged infidelity and parenting skills.

In her new suit, obtained by editors at Tmz.com, Pearson claims Jenner, Kardashian siblings Kim, Khloe, Kourtney and Rob, and even the producers of their hit reality show Keeping Up with the Kardashians attempted to ensnare her in a recent plot line on the show.

According to the lawsuit, a private investigator attempted to sell information he had on the Kardashian's to Pearson, in order to make her look like a villain - but she refused to take the bait.

She also claims the Kardashians have defamed her on their show, making up lies about her and accusing her of marrying Robert Kardashian for his money.

In her suit, Pearson calls her late husband's former wife, Kris, a "manipulative and devious mother and ex-wife who simply used and exploited her children".