41 year old Cheban, one of Kim's closest friends, is reported to be featuring in the second series of E4's 'Celebs Go Dating' in 2017.

Reality star Kim Kardashian is reportedly furious with one of her oldest friends, Jonathan Cheban, for agreeing to appear on E4’s ‘Celebs Go Dating’, and the pair are apparently on the verge of falling out permanently having not spoken since Christmas.

A source told MailOnline on Tuesday (January 3rd) that Kim wants to set Jonathan up with a girl “of a certain standard” in the United States, and seemingly doesn’t want him dating random British women.

It’s apparently caused such a rift that Cheban, 41, even decided to duck the annual Kardashian Christmas party last month – which is a pretty shocking thing to do in that particular circle. He has been a shoulder to cry on for Kim over the last few months, with the armed robbery in Paris and rumoured marriage difficulties with Kanye West turning her personal life into upheaval. 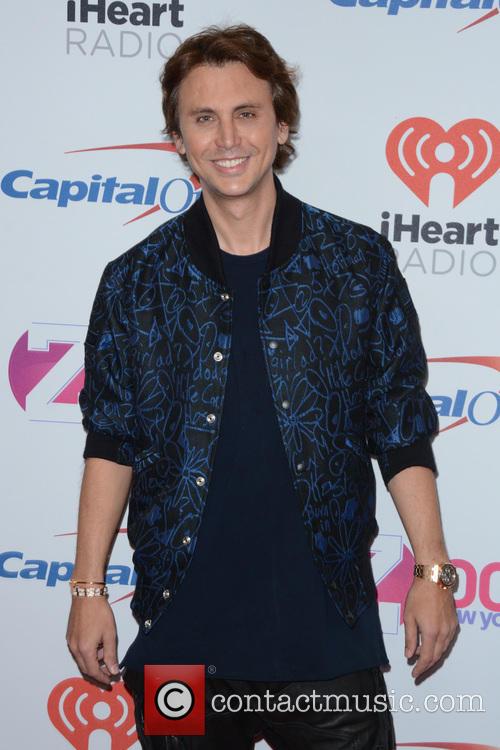 “Kim is far from impressed,” the source said. “She had been looking forward to seeing Jonathan at her Mum's annual Christmas party but he didn't want the confrontation so he skipped the party to go to Miami. The Kardashian clan and all their friends always attend without fail Kris' Christmas event, however Jonathan wanted to avoid a fall out with Kim so stayed away.”

“Kim has been quite clear that she isn't impressed that he is doing the programme, although she would love nothing more than for her friend to be settled and happy in a relationship,” the source had to say about Cheban's decision to do 'Celebs Go Dating'.

The businessman and sometime celebrity appeared briefly in ‘Celebrity Big Brother’ in the UK this time last year, and was reportedly the subject of a bidding war between Channel 5, who want him back for ‘CBB’ in 2017, and Channel 4 for ‘Celebs Go Dating’.

“Kim has tried to talk Jonathan out of doing the programme, she feels she can hook him up with someone far more suitable by connecting him with a girl in the States. Kim has made it clear that if Jonathan is to do the show that she wants to be across for the selection process of his dates and will be giving her opinion to her best friend whilst he is in the UK filming.”

The second series of ‘Celebs Go Dating’ is expected to be broadcast on E4 in the first half of 2017, with a third series green-lit for the second half of the year.