Kim Kardashian's daughter, North, has come under fire from acid tongued comedienne Joan Rivers, who joked she is ''desperately in need of a waxing''. 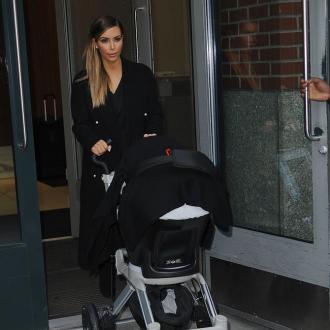 Kim Kardashian's daughter is ''desperately in need of a waxing'' according to Joan Rivers.

The comedienne joked about seven-month-old North - Kim's daughter with rapper fiancé Kanye West - as part of her latest stand up comedy routine.

Joan explained how she had met the tot when Kim brought her into the offices of the E! television network, where she hosts 'Fashion Police'.

According to RadarOnline.com, Joan told her audience: ''That baby is ugly ... I've never seen a six-month-old so desperately in need of a waxing.''

Joan's joke is unlikely to go down well with Kanye, who is fiercely protective of his daughter, and vowed shortly before her birth last June that he was determined she would enjoy a normal childhood and not let people take advantage of her.

Explaining his fatherly duties further, he added: ''One of the things was to be protective, that I would do anything to protect my child or my child's mother. As simple as that.''

Kanye, 36, was also upset recently when Kim put North into a two-piece swimsuit to take her for her first dip in a pool.

She said: ''[Kanye] is a little uncomfortable with North wearing a bikini. I tried it once and it did not go over well. It has to be a one-piece.''