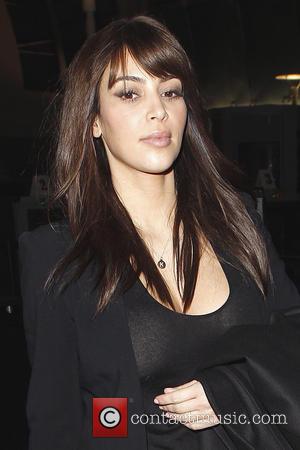 Instagram has been under fire all week after announcing a new terms-of-service policy which gives the company power to sell user photos without compensating the creator, however, one famous celebrity appears to be leading the fight against the social media giant. Kim Kardashian - one of Instagram's most prominent users - is considering deleting her account unless the company revises its new policies.

According to TMZ.com, Kim K is telling friends she's thinking of shutting down her account and setting up at a rival photo-posting company, taking all of her followers with her. It's a pretty big deal considering the reality star has the most users of anyone on Instagram (5,726,343), plenty more than Justin Bieber (4,366,729) and President Barack Obama (1,834,079). Should Kim leave Instagram, her relatives Khloe, Kylie, Kendall and Rob could follow (all of whom are in the Top 10 most followed). One source says Kardashian is planning on waiting to see the revised terms-of-service before making her final decision, though unless radical changes are made, she intends to leave.

Other Instagram users including Kate Walsh and Tiffani Thiessen have also threatened to leave the company, as has Cheryl Burke who tweeted, "Can't believe Instagrams new policy! They r allowed 2 use ALL of ur images in advertising. Will be erasing my account shortly."