One audience member’s cry for attention during Kanye’s Glasto performance has been condemned by fans as misogynistic and disgusting.

A Glastonbury audience member has been criticised online for flying a flag showing a still from Kim Kardashian’s sex tape during Kanye West’s headlining set. Kardashian, who is four months pregnant, attended her husband’s Pyramid Stage set at the British festival on Saturday night and later called it the ‘craziest show ever’ on twitter. 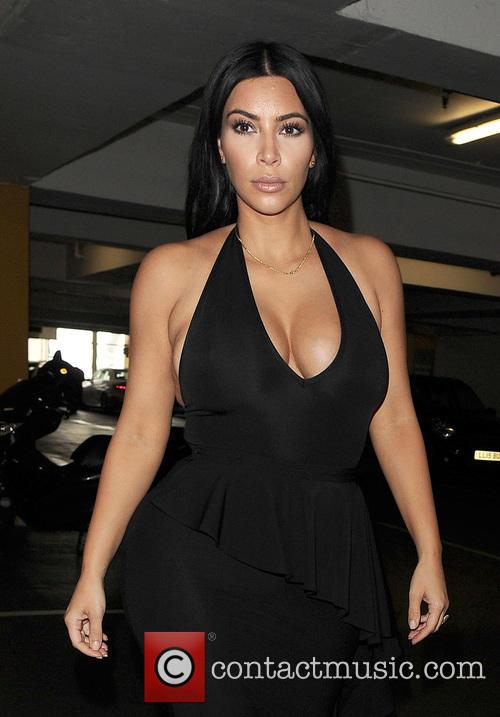 Kim Kardashian appear on the flag of one audience member at Glastonbury on Saturday.

The flag showed a still from the tape, which featured Kardashian and her former partner Ray-J and was leaked without the reality star’s consent in 2007. The flag also had the words “Get Down, Girl, Get Head Get Down,” written across it.

More: Mixed Reviews, Lots Of Lights And A Stage Invader! It's Kanye West At Glastonbury

One twitter user seem to find it funny and shared a pic of the flag with the caption, ‘Someone printed kim k giving ray j h**d on a flag and waved it about as Kanye performed at Glastonbury ahahahaha.’ However most were disgusted at the attempt to shame Kardashian and they vented their anger online.

‘You dehumanising and objectifying her and treating her as if she’s a lower form is the highest form of misogyny I have ever see,’ wrote one twitter user, while another described the flag as ‘repugnant’. ‘The joke is basically, "Woman has previous sexual partner, hilarity ensues,” tweeted another user.

More: Kanye West's Glastonbury Guestlist So Big That Other Bands Have Had To Cut Theirs

Kardashian has not commented on the flag, but she has taken to twitter to share some snaps from her Glastonbury experience, calling Kanye’s set the ‘craziest show ever’. Tomorrow (June 30th) the 34 year old is due to give a talk in Oakland, California on the objectification of women in the media.