Transgender Olympian Caitlyn Jenner And Reese Witherspoon Have Reportedly Been Selected To Share The 2015 Glamour Woman Of The Year Honour. 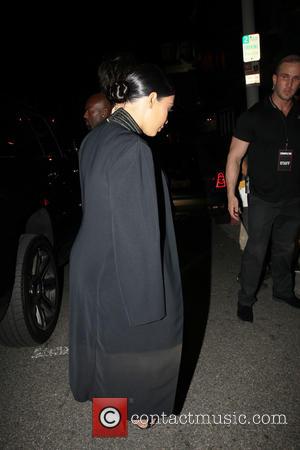 Kim Kardashian's stepfather went public with her transition from male to female earlier this year (15), and now she has been named as Glamour magazine's Woman of the Year. She won't be the only one to receive the accolade - Oscar winner Reese will also have the honour bestowed upon her, according to GossipCop.com.

The two stars will each feature on covers for the publication's upcoming December (15) issue, although a formal announcement isn't expected to be made until next month (Nov15).

The title closes out a groundbreaking year for Caitlyn, who opened up about her gender identity crisis in an emotional TV interview with U.S. broadcaster Diane Sawyer in April (15), when she was still known as Bruce.

"My brain is much more female, than it is male..." the retired athlete said during the candid chat. "For all intents and purposes, I am a woman."

The declaration was made just a month after the 65 year old's divorce from Kim's mother, Kris Jenner, was finalised following 24 years as husband and wife. They split in 2013.

The star then revealed herself as Caitlyn on the cover of Vanity Fair, and documented her lifestyle change in the reality TV series, I Am Cait.

The 25th annual Glamour Women of the Year Awards will be presented at the end of the year (15).