Kim Kardashian's Stepfather Bruce Jenner Is Seeking To Have A Wrongful Death Lawsuit Relating To A Car Crash In February (15) Dismissed. 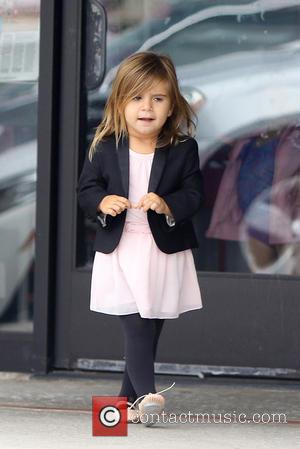 Picture: Penelope Disick - Reality TV stars and Sisters Kim and Kourtney Kardashian were spotted as they took their daughters to a ballet class in Tarzana,...

The former Olympian was involved in a pile-up on a Malibu, California freeway which cost fellow motorist Kim Howe her life, and Jenner has been slapped with legal papers from her two adult stepchildren, who claim the reality TV star was "careless and negligent" when he allegedly slammed into their stepmother's Lexus on the Pacific Coast Highway, causing Howe to lose control of her car and collide with an oncoming vehicle.

They demanded damages for the loss of Howe, but now Jenner's lawyer has fired back at the lawsuit, insisting the stepkids are adults who didn't depend on Howe for anything.

Reports even suggest Howe had been estranged from her stepchildren, William and Dana, for years.

Jenner admits the fatal accident was a "terrible tragedy", but is adamant the stepchildren are just trying to cash in on Howe's death and the suit should therefore be thrown out of court, according to TMZ.com.

Officials at the Los Angeles County Sheriff's Department are still investigating the crash.