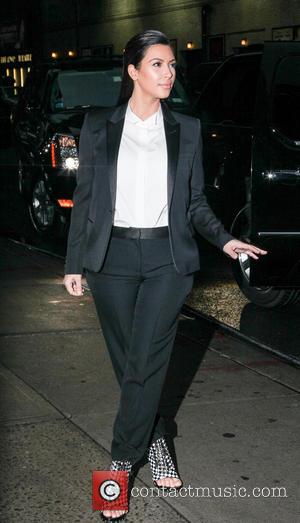 Kim Kardashian is making news again... kind of... well, not really, it’s not that that much is happening to the it-girl, but lately the sheer fact of her existence has been enough to generate news.

Kim and Baby Bump Kardashian have been jet-setting all around the globe after the winter break. She and beau Kanye West took a bit of a romantic respite in Paris recently, right before Kim and sister Kourtney made a talk show round in NYC to promote the upcoming season of their shared show Kourtney and Kim Take Miami. The premiere of the show’s second season will be this very Sunday (Jan 20) (for those of you who were absolutely dying to know).

Most recently, Kim has headed off to Africa, E!News reports. Apparently the no-flying-during-third-trimester rule only applies if you’re not flying on your very own chartered flight. Still, it is good to see that even in her very advanced pregnancy, Kim isn’t staying still and is instead keeping busy with her various... what was it Kim Kardashian does for a living exactly? Besides being her own rich, well-dressed self and letting cameras peer in on her existence from time to time. Well, whatever it is, it seems to be working for her.