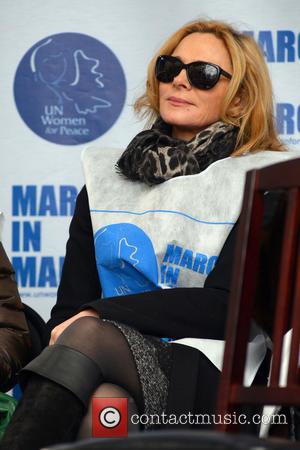 The Sex and The City star was joined by the British supermodel and the Gossip Girl actress for the United Nations Women for Peace's March To End Violence Against Women.

The stars, along with Sting's wife Trudie Styler, joined hundreds of other marchers in Manhattan, and Campbell gave a speech as the crowd gathered in front of the United Nations building.

The catwalk star was photographed wiping away tears during her emotional address, and later wrote in a post on Twitter.com, "Thank you (it) was an honour to be UN Women For Peace."

International Women's Day is held on Saturday (08Mar14) and stars including Natalie Imbruglia, Mariah Carey and Emeli Sande marked the occasion on Twitter.