'Sex And The City' actress Kim Cattrall has admitted she doesn't think she's ''posh'', because she was born in Liverpool, a city in North West England. 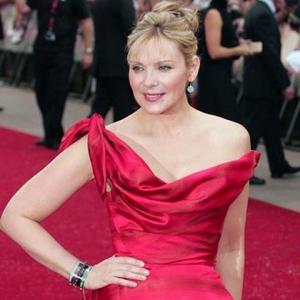 The 'Sex And The City' actress - who is known for playing glamorous businesswoman Samantha Jones in the TV series and movies - believes her British roots mean she is not as well to-do as people might expect.

The 53-year-old actress was born in the city - which is located in North West England - and lived there for three months with her mother Shane and father Gladys before they moved to Canada.

"Well I don't really think it's posh so much - my mum definitely not, she's from Toxteth but my father maybe."

Although this is Kim's first time talking like this in the theatre, she was forced to master the accent for her recent movie 'The Ghost Writer', known as 'The Ghost' in Britain - where she stars alongside Pierce Brosnan, Ewan McGregor and Olivia Williams.

She added: "This is the first time I've done RP on stage.

"It did come by honestly. Particularly this time, with 'The Ghost Writer', I did RP as well, and that was the first time. It was a little nerve-wracking because there I was with Pierce and Ewan and Olivia, who are the real thing. The first couple of days it was a little nerve-wracking but I had a good dialect coach. They were very, very encouraging."