Actress Kim Cattrall Has Divided Public Opinion After Insisting She Still Considers Herself A Mother Despite Not Having Any Children Of Her Own. 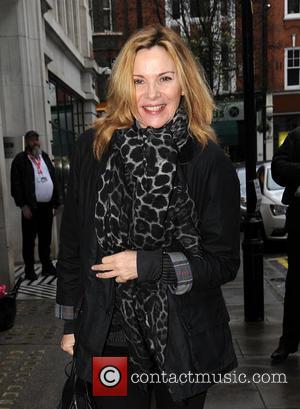 The Sex and the City star was discussing the stigma often associated with females without kids during an appearance as guest editor on BBC Radio 4's Women's Hour, when she admitted she is offended by the term "childless".

She said, "It's the 'less' that is offensive - childless - it sounds like you're 'less' because you haven't had a child."

Cattrall went on to claim there are other ways for women to show their maternal side without actually having their own offspring, explaining, "I have young actors and actresses that I mentor, I have nieces and nephews that I am very close to, so I think the thing that I find questionable about being childless or childfree is - are you really?

"There is a way to become a mother in this day and age that doesn't include your name on the child's birth certificate. You can express that maternal side very clearly, very strongly."

The 59 year old recalled helping her niece through medical school and sitting down for a heart-to-heart with her nephew as he went through "a really tough time" joining the army, and added, "Those are very motherly things to do, very maternal things to do, very nurturing things to do, so I feel I am a mother of sorts."

Cattrall's comments sparked a conversation online, with fans taking to social media to weigh in on the statements.

Some praised the actress for speaking out about the issue, with one user writing, "You go woman! It's time motherhood is being re- defined to fit the new age", while another adds, "I admire u 4 yur (sic) comments on being a mom If more ppl (people) would mother & father more kids this generation of kids would b better off".

However, others were less complimentary and took aim at Cattrall for calling herself a mother.

One critic tweets, "Sorry, @KimCattrall you don't know what it's like to be a parent if you've never had children", and another post reads, "you don't understand what being a mother/parent involves - baptism of fire! Much more than 'mentoring/nurturing' young adults."

Cattrall has since taken the time to respond to many of the comments, both good and bad, to further discuss the topic.